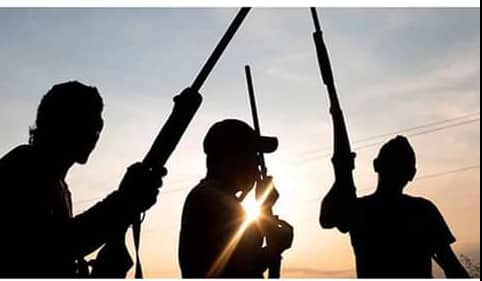 Some  gunmen suspected to be fulani herdsmen had at the late hours of monday feb.22 stormed oke-odan, Olomo community, Apete, Ido local government in Ibadan and started shooting sporadically and causing pandemonium within the community.

It was later gathered by Todaysplash.com that the unfortunate event saw a 24 years old student of the university of Ibadan, taken away by the gun men.

The victim Ayodeji Emmanuel was said to have been taken in place of his father due to his father’s absence.

Todaysplash later gathered that the kidnappers reached the victim’s family through his phone and demanded a ransom og N100m.

However, the Commissioner of Police had reacted to the unfortunate event and assure the family of a swift action from the police to secure his release.

The CP also said the that the Police os working round  the clock to ensure adequate security in the state and that would be achieved in a short while.

Makinde Gives Reason For Nominating Arapaja For PDP Zonal Chair And The Needs To Everyone To Rally Support For Him.