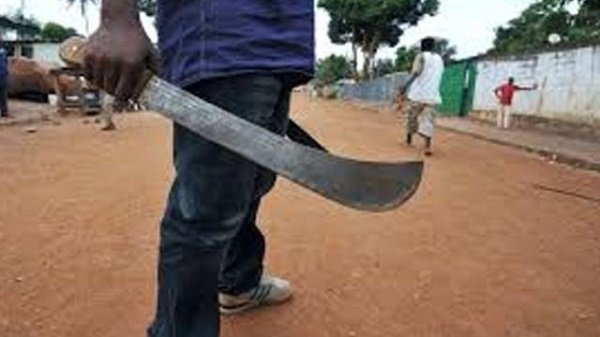 A leader of the notorious Icelander cult group in Bayelsa State, identified simply as Uzorma, yesterday shot dead one of his members at a close range because of rivalry over a girlfriend.

The incident occurred in Azikoro town in Yenagoa Local Government Area of the state.

Uzorma was reportedly engaged in an argument with the yet-to-be identified girl on Thursday evening and insisted that she must go home with him to pass the night, but the girl allegedly declined his overtures and openly declared her feelings for the yet-to-be-identified deceased; a development that sparked a confrontation between the two cult members.

It was learnt that the deceased with the support of four other members resisted attempt by Uzorma to “oppress” him over a girl.

They allegedly allowed them to fight it out without a victor on that day.

It was further learnt that at about 5 am the following day (Friday), Uzorma, reportedly born to an Igbo father and Epie mother from Yenagoa, stormed the house of the deceased and shot him at a close range.

Use Your Energy To Patch Your Tattered Political Career,…

An eyewitness, who spoke in confidence, said: “The deceased was woken up in his sleep. He was held down and his face tied with a cloth. Uzorma shot him at a close range.

“When the news of the incident filtered into town, members and other unit leaders were wondering who killed the deceased, but Uzorma boldly told them that he was the one that killed him and not any rival gang.”

The suspect and the deceased were both identified by residents of the area as notorious cult members and allegedly involved in dealing in illicit drugs and robberies around Azikoro town and Ekeki community in Yenagoa metropolis.

It was learnt that before the incident, the suspected killer was on the wanted list of the police command but was always shielded by some powerful politicians from Yenagoa LGA.

He was also said to have been fingered in a failed attempt to kill a police personnel who arrested him some years ago after he was brought out of police custody by his political friends.

Efforts made to confirm the report from the state police command no result as calls to the spokesman, Asinim Butswat, failed to connect.