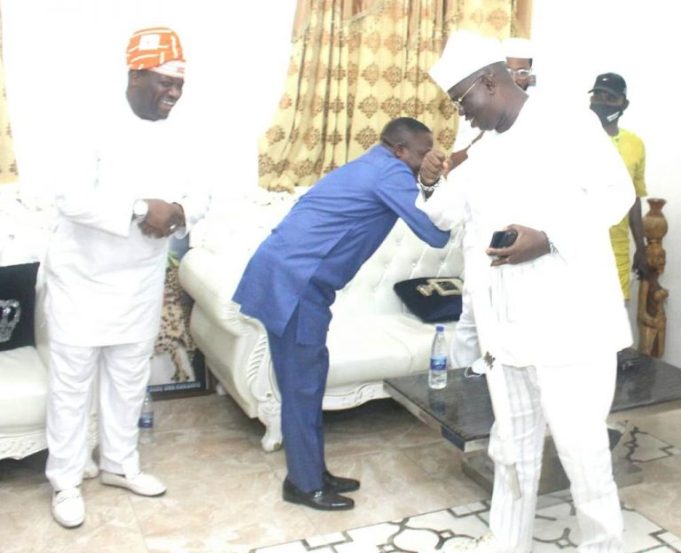 Sunday Igboho who was recently on the News for a Reportedly planned arrest by the Security Operatives along Lagos-Ibadan Expressway has decided to meet the Iba Gani Adams.

Recall that this Newspaper had earlier reported how Sunday Igboho issued a 7 day quit Notice to some Herdsmen in the Igangan area of Oyo State few weeks ago, and how the Autimatum generated a lot of controversy.

Igboho took his movement to Ekiti State last week , The move is aimed at flushing out all killer Herdsmen within the South West States perpetrating evils on their host.

Igboho’s Visit to Iba Gani Adams Sources Said is connected to his last move to Ekiti and a possible way to plan a more strategic move in tackling the evil doers who hide under the Herdsmen killing, rapping and kidnaping innocent people in their own land.

As at the time of filling this report details of the meeting is yet to be revealed, but our Sources Said it’s a more proactive move to hurt some plan move by Politicians.