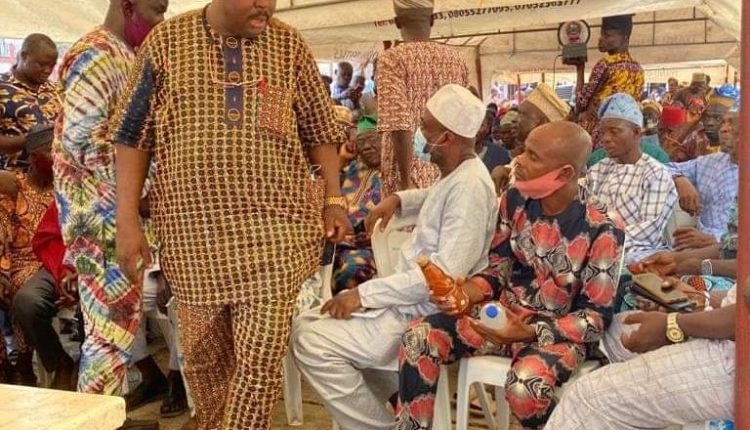 The leadership of the Oyo State All Progressives Congress  have joyfully received members of the Zenith Labor Party who decided to align with opposition as Makinde refused to honor agreements reached during coalition.

The coalition which was done at eve of the 2019 general election, no doubt ushered in the administration of Engr. Seyi Makinde in Oyo state.

The All Progressives Congress in Oyo state has blamed Governor Seyi Makinde for the final collapse of the coalition arrangement upon which he got to power in 2019 as the opposition party stated that the governor deserved sympathy in view of the rate at which he was allegedly being deserted by disappointed political gladiators midway into his four-year tenure.

The Oyo APC’s submission apparently came against the backdrop of the Tuesday final withdrawal of virtually all the political bigwigs in the camp of former governor, Senator Rashidi Ladoja, from the government of Gov. Makinde and subsequent collapse of all the structures of the Zenith Labour Party (ZLP) at all levels into the opposition APC in the state.

APC in a statement issued in Ibadan and made available to journalists on Thursday by its Caretaker State Chairman, Chief Akin Oke, through his Personal Assistant (media), Olawale Sadare, saluted the courage of all political gladiators who, together with their teeming followers, decided to pitch their tent with the broom party in what has been described by informed pundits as “master stroke against the confused PDP government in the state”.

“It has again been confirmed that Oyo state is a divine project which is destined for success despite the setback suffered in 2019. Now that virtually all the major coalition partners have deserted Gov. Makinde on account of his failure to honour agreement made voluntary and also his inability to perform in office as a worthy successor to Sen. Abiola Ajimobi, attention has shifted to APC and this is understandable.

“Meanwhile, we can sympathize with Gov. Makinde and the remnants of his political household over their loss of touch even before time. With the kind of power, influence and resources available to an average governor in Nigeria, an average state helmsman who loses so many supporters, allies and benefactors in a few time in office, deserves the pity of all and sundry even though the case of Gov. Makinde was self inflicted and predictable.” Sadare stated.

In the mean time, the leadership of Oyo APC has assured politicians from the camps of Sen. Rashidi Ladoja and ZLP that their joining the APC was a right decision taken and which would not be regretted as “it was a necessary step to arrest the slide in participatory democracy and good governance being foisted again on the state by the PDP administration of Gov. Seyi Makinde.

“We welcome our brothers and sisters from ‘Bodija’ as well as the heroic decision to collapse the entire structures of the ZLP into that of the APC in Oyo state in an unprecedented way. This bold step shall be reciprocated positively as we make bold to state that nobody shall be discriminated against as regards whether they are old or new members. It is even good that this is happening at the time our dear party is carrying out a nationwide membership registration and revalidation exercise.

“The leadership of Oyo APC has instructed our field officers in all the 4,778 Polling Units across the state to accommodate all the new members and get them registered accordingly while we would soon meet major gladiators on the need to fully integrate everyone into the progressive family which is not even new to most of them. The process of rescuing the Pacesetter state from charlatans has begun in earnest and no well meaning stakeholder or member of the society will be left behind.” The statement concluded.