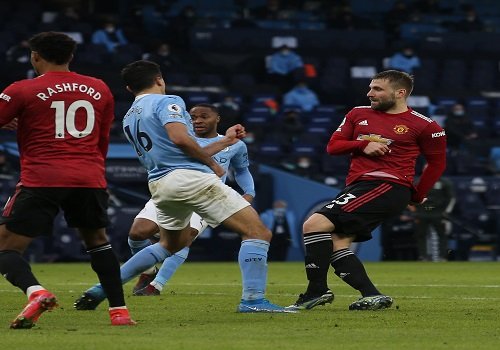 Manchester United Stun it’s arch rival Manchester City by 0-2 at the Etihad stadium, this is their first defeat in 21 games.

Manchester United won 2-0 on Sunday evening at Etihad to stop the 21-game winning streak of neighbours, Man City in all competitions.

Bruno Fernandes opened scoring in the second minute from the penalty spot after Jesus hacked down Martial before Luke Shaw added the second in the 64th minute.

It was the first defeat of the Pep Guardiola’s team in the last 22 games in all competitions.

Wakili: Why we Detained Three Members Of OPC Over Arrest Of Wakili— Oyo Police Command