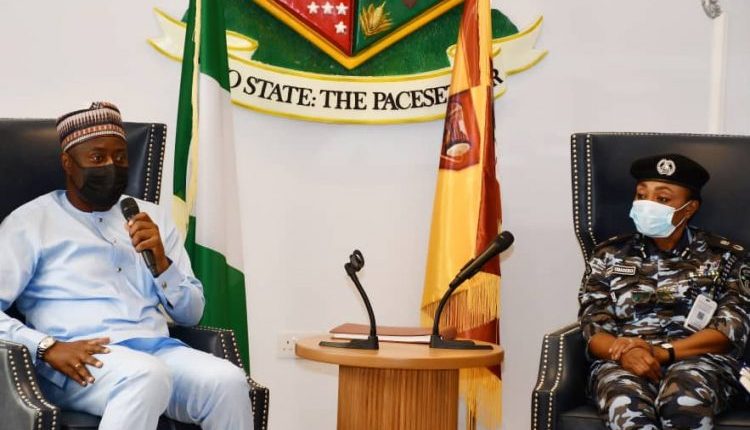 …Vows to serve justice on wrongdoers

Engr. Seyi Makinde has reacted to the issue causing controversy in the state since yesterday, sunday 7 march, regarding the attack launched by members of the Oodua People’s Congress at Kajola Community in Ibarapa North Local Government that led to the arrest of the dreaded fulani gang leader, Iskilu Wakili and how police had detained three men of the OPC linked to the event.

The Governor who said he is aware of the goings-on in the region assures that his administration is doing everything within its powers to ensure there is no miscarriage of justice.

He vowed that anyone found wanting of breaking the law, irrespective of the ethnic background or religion will be dealt with in accordance with the law of the land.

Makinde spoke on Monday while performing a symbolic presentation of school notebooks to secondary school students across the state.

The event which held at the Executive Chamber of the Governor’s office, Agodi Ibadan was attended by top government functionaries and select school students.

Recall that members of the Oodua People’s Congress (OPC) on Sunday apprehended a suspected kidnap kingpin, Iskilu Wakili in Ayete, Ibarapa area of the state.

But the joy of the apprehension was cut short when the police arrested the OPC members for carrying out the arrest on the dreaded Wakili, accusing them (OPC members) of arson and murder.

Makinde said “I am aware of what is going on in Kajola in Ibarapa North local government area of Oyo state. I will like to use this opportunity to tell our people that, the government is doing everything within its power to ensure that there is no miscarriage of justice.

“Anyone that is found wanting or that has broken the law, irrespective of their ethnic background or their religion will be dealt with in accordance with the law of the land.

“So, people shouldn’t go into overdrive.

“I have asked the Commissioner of Police to see me today and I have been given the assurance that they will do a thorough investigation into the security situations in the area.

“And I appeal to our people to please let us be calm. Please let us refrain from ethnic profiling, let us have trust in the ability and the capability of the people saddled with the responsibility of maintaining law and order within our state.

As at the time of filing this report, the meeting between the Governor and the CP was yet to hold.