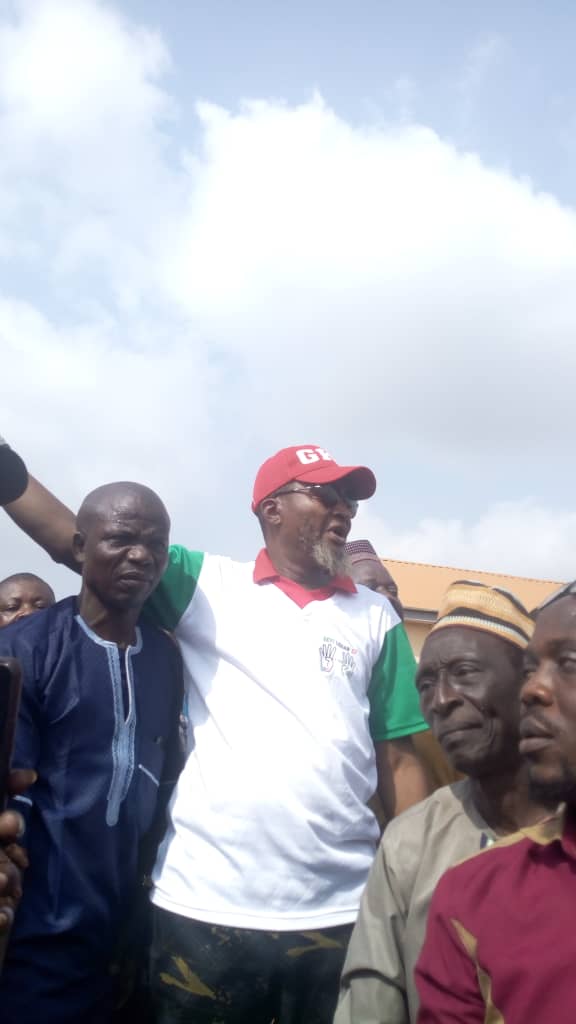 Hon. Gbadamosi Kazeem, the just announced candidate of the people’s Democratic Party for Lagelu Local Government In the May 15 local government election, has dismiss claims of hoodlums attack at the election venue.

Hon. Kazeem who spoke with News men after his emergence said he’s aware of the smear attack by his opponent regarding the claim of him sponsoring thugs to the venue.

He said “The process was relatively peaceful, free, fair and void of any irregularities and a winner has emerged, I believe the major thing now is for all of us to embrace ourselves and see to how our party would emerge victorious in the forthcoming election”

Hon. Kazeem who dismissed the rumor being spread by some media outfit, tagged such report as a manhunt against his person and a result of hungry journalism, which is really unneccessary.

He wondered why out of nine aspirant from that local government, He was the only one tagged to such unfortunate incident which seems to be supirising to him.

An Election which was keenly contest with various scores as 48, 53, 36, 23. While I emerged with 117 votes out of nine aspirant should been know to have diverse people of interest focusing on such process, thereby increasing vulnerability from various angles”

He Said further that his emergence as the flag bearer of PDP in the council is a win for the massess as he’s well loved amongst the people and party leaders.

Also at the venue of the elections, various leaders of the party were also on ground who testified to the peaceful conduct of the election, some of whom was Hon.Kunle Yusuf MON, The Senior Special Assistant To The Governor on Sustainable Development Goals.

Hon. Kunle Yusuf (MON) while speaking with newsmen said “Our people have spoken with their votes and we’re glad the choice of the majority has emerged, We thank God for a peaceful atmosphere we enjoyed today and I congratulate the winner”

Meanwhile, the returning officer for lagelu local government has announced Hon. Gbadamosi Kazeem as the winner of the primary Election after raking 117 Votes out of 289 votes.