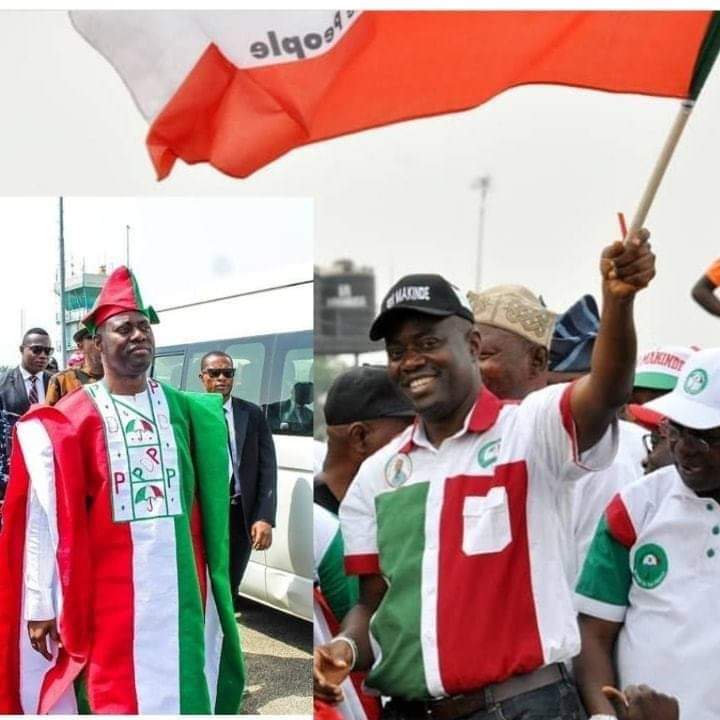 The Chief Press Secretary to Governor Seyi Makinde of Oyo State, Mr. Taiwo Adisa, has reacted to claims by some members of the All Progressives Congress (APC) that the governor was about to defect to the party, declaring that the APC was merely covetous of the great feats achieved by Makinde as governor of Oyo State.
In a statement on Monday, the spokesman said that the plot to lure Makinde to the APC did not come as a surprise.

“One is not surprised that some elements in the APC are busy debating the possibility of Governor Makinde’s defection to the party.
“The unprecedented achievements the governor has recorded in a very short time, especially despite the COVID-19 pandemic, has thoroughly beaten their imagination such that they have concluded it is impossible to raise a candidate to contest against him in 2023.

“As a close watcher of the GSM magic, so to say, one cannot be surprised that the APC in Oyo State is really envious of the great attainments of Governor Makinde.

“Every sector you turn to, he has something positive to show.

“Only last week, he launched the first modern landfill in the country. He is presently constructing the first concrete road in the state, the 12-kilometre Apete-Awotan-Akufo road. This is addition to the massive road and infrastructure projects that dot the entire Oyo State landscape.

“However, rather than claim that Makinde wants to defect to the APC, the truth the APC elements should tell the world is that their partt is attempting to lure the performing governor in order to avert a woeful performance against him in 2023.

“Contrary to the claims of the APC members that the governor has been soft against criticisms by its members, Governor Makinde has not bothered to respond to their baseless criticisms in recent times but has chosen to remain focused on service delivery.

“We also completely reject the claims that his desire to join the APC informed the “soft approach” to the farmers/herders’ crisis.
“Rather, the governor has remained on the side of the law and has always insisted that criminals, whichever tribe they belong, are our enemies and they must be fished out without undue ethnic profiling.

“So, the best thing the APC could come up with right now is to imagine a Makinde as a standard-bearer so he could serve as a surreptitious redemption for the years of locust the party had inflicted on the people of Oyo State.