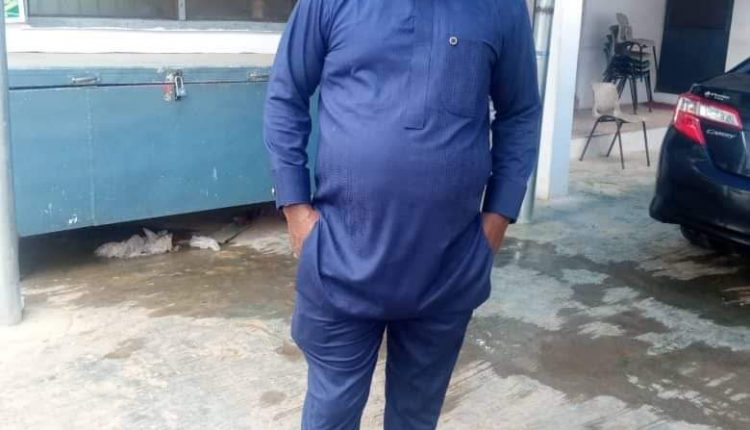 Chief Abdul Rasheed Adebisi Olopoeyan, a chieftain of Oyo PDP have express his disappointment in the person of Sen. Abdul Ningi over claim that the just concluded local government chairmanship and councillors  primaries was free, fair and credible, says the National Working Committee (NWC) of tge party should make sure they don’t saddled him with such kind of responsibility in the future.

He said this single act from Ningi led committee is the beginning of the end of united PDP in the state.

Olopoeyan noted that he would not have responded to the charade displayed by electoral committee if the Chairman of the Committee, Senator Abdul Ningi did not claim that the primary was free, fair and credible.

It could be recalled that the electoral committee chairman claimed that they monitored the local government primaries in the state, and declared that the process was free, fair and credible.

Reacting to the claim, Olopoeyan challenged Ningi and his committee members to move round the 33 local governments across the state and make such claim, and wait for the result of such falsehood claim.

He said, Ningi statement about the PDP primary elections in Oyo state was disappointing and disgraceful as he nor his committee members attended a single local government for the primaries.

Speaking further, Olopoeyan said, Oyo PDP was in chaos and disorder through the time Ningi Committee scheduled for the primaries. Claimed that, The committee only masterminded how anointed candidates were selected at government house, without considering other aspirants that had obtained nomination forms.

“I want him to mention one local government where he went to, to monitor the primary or where the primary was held. Senator Ningi is just here to do an hatchet job that will destroy the party in Oyo state.

“Ningi lacks credibility, he has not been seen or even pick the calls of aggrieved aspirants and leaders of the party since his arrival in Ibadan, he was just sitting in the hotel enjoying himself until today, Wednesday he showed up at government house making false claims.

“Before the conduct of the primaries, there should be stakeholders meeting, I want everybody including NWC to ask Ningi where such meeting was held or the local government he visited.

“When the party executives knew there won’t be any primary, why collecting money for nomination form from aspirants, this was dubious character.

It very glaring Ningi led committee knew there was plan to scam aspirants which they eventually supported. Now that they had collected money from all of them and selected their own people as aspirants, they should have refunded their payment when they knew open primaries was not in their plan.

“I want to remind Governor Seyi Makinde that in 2015, when there was this kind of delegate congress that would in turn do governorship primary, he left the party but to our surprise the Governor is allowing the party executives to do what he cannot accept to other members of the party.

“I want to appeal to the National Working Committee to address the injustices from the Ningi led electoral committee and party executives in the state if anything good can come out of the party in the future elections.

“There is a crisis everywhere now if Senator Saraki led committee can come and witness it because we believe in their committee.

“He should learn from Senator Bukola Saraki led reconciliation committee, which are meeting and consulting with all the aggrieved members irrespective of any group such persons be long”.