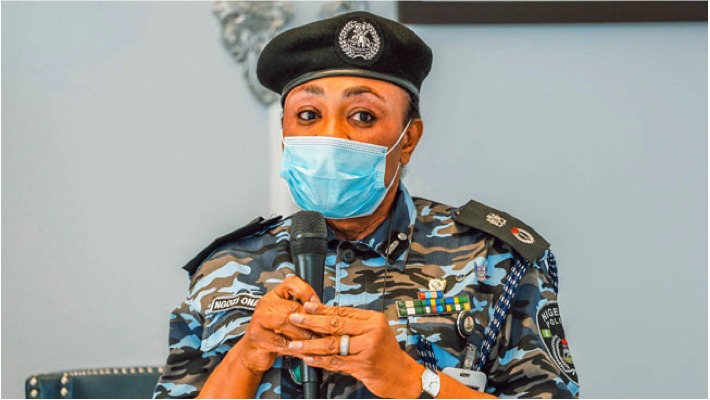 The Oyo state Police Command have stated that they have not gotyen enough evidence to charge the acused fulani herdman arrestrd by men of the Oodua People’s Congress (OPC) in Igangan, Iskilu Wakilu. The further advise any member of the public tgat has any evidence to substantiate the accusations to approach the state Criminal Investigation Departmen

It will be recalled that Wakili was arrested on Sunday by a joint security team of the Oodua peoples’ congress and Vigilantes in the area.

Wakili was arrested and alleged for involvement in the heinous crimes of kidnappings and violence around Ayete in Ibarapaland where he had lived for over 20 years.

Following his arrest, he was moved to Igboora police department and was later transferred to the state geadquater, Eleye, Ibadan for further investigations.

The police however detained his arresters when they handed over the accused to the law enforcement agency whom they have released on bail.

The police department has been accused by the Aare Ona Kakanfo of Yorubaland; Gani Adams, of attempting to cover up Mr. Wakili’s involvement in the killings in Ibarapa community by arresting the OPC operatives.

LAUTECH AGAIN!!! Another Sextape Of ALecturer And A 300L…

Oyo state police spokesperson, Olugbenga Fadeyi, while speaking to men of the press said that the arrested OPC men have been granted bail yesterday, adding that they were arrested for wreaking havoc in the community.

“They have been granted bail yesterday evening based on health grounds. When they went there to arrest Wakili, murder was carried out as they were leaving the place they burnt the house and the pregnant woman was shot dead,” he said.

Mr. Olugbenga also confirmed to Newsmen that Mr. Wakili is still in police custody but the investigation is yet to commence on the accusations because they are mere allegations with no evidence.

“Wakili is still in the police net we have given a general call to the public whoever is having any allegations against him should come up to make an official report because up till now we don’t have any evidence, people are really saying nothing.”

There have been simmering agitations against Fulani settlers around Ibarapa and Oke Ogun area of Oyo State. Farmers link the incessant criminal activities happening in the region to the Fulani herdsmen.