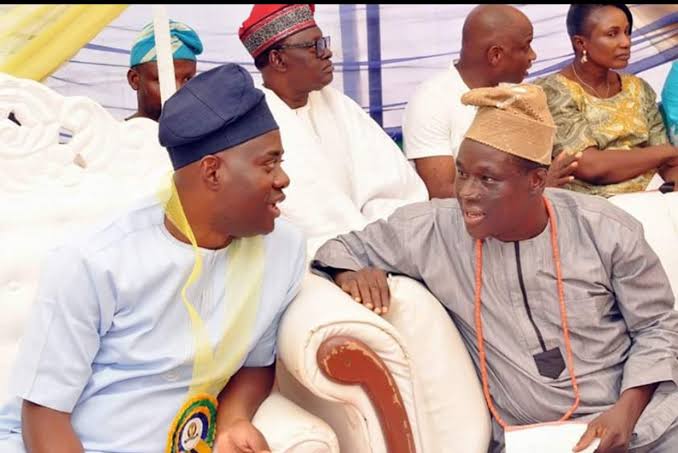 Abass Oloko, vice-chairman of the Oyo State Tourism Board, has said disclosed that there is a calculated attempts to distract Seyi Makinde, governor of Oyo State, by opposition politicians.

Oloko, who was once vice-chairman of Oyo State Pilgrims Welfare Board (Muslim wing) and member of the Oyo State Health Management Board, was reacting to statement by Ayo Adeseun, a former Oyo central senatorial district senator, that the governor was ungrateful.

The Ibadan mogaji, in a chat with an online newspaper in Ibadan, said Adeseun and others have yet to recover from what he calls electoral shock of the 2019 elections.

According to him, “I found the statement by Sen. Ayo Adeseun about Governor Seyi Makinde absurd. Though it is not unexpected in politics but someone of Sen. Adeseun should have forgotten that episode and go prepare for the 2023 election.

“In elections, aspirants adopt many strategies. He should stop blaming Governor Makinde for his woes. In an attempt to say what it not, he claimed the governor bribed the NWC of the PDP to get the ticket. Though it is an attempt to call a dog a bad name, Senator Adeseun has indicted himself by saying that his N50 million bribe was not enough to get the party to give him the ticket.

”Rather than distract Governor Makinde, Sen. Adeseun and others should go prepare for elections under whatever party they are. They should stop the story of Governor Seyi Makinde defecting to APC. They all want good thing. The governor cannot join APC, he will remain with the winning PDP,” Oloko added.