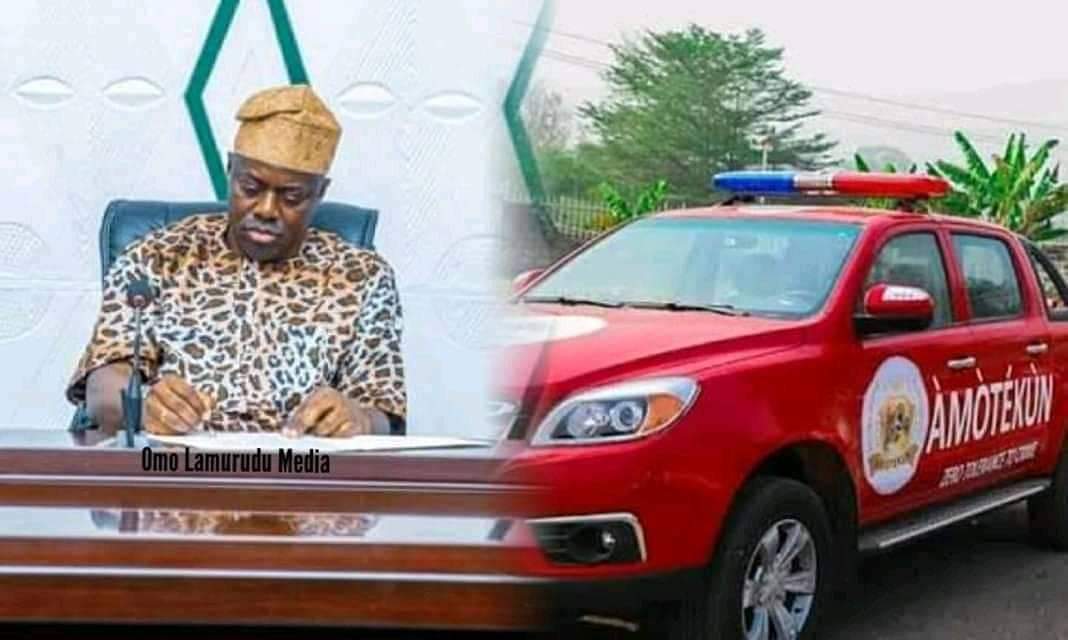 In a bid to tackle the security challenges facing Oyo State, the Executive Governor of the State, Engr Seyi Makinde has announced the inauguration of a security task force to rise to these challenges.

The Governor who made this announcement earlier today during a press briefing stated that the decision to set up the task force was unanimously taken during the Executive Council meeting that took place on Tuesday, 9th March 2021.

According to Gov Makinde, the task force will be chaired by the Governor himself alongside other commissioners and stakeholders in the security sector.

Other members of the committee are Special Adviser on Security, Fatai Owoseni; Executive Assistant on security, Sunday Odukoya; Director-General, Operation Burst, Oladipo Ajibola; Oyo Amotekun Director-General, Kunle Togun; and Director of Security in the office of Head of Service to serve as secretary.

He said, “This is our inaugural meeting and it’s very similar to the taskforce we set up when COVID-19 just broke.

“We need to be on top of the security situation almost on a daily basis.

“Scheduled meeting for this taskforce will hold on a weekly basis and you should expect to be briefed once we are done with the security meetings.

“We also hope that we can call an emergency meeting at any time depending on the security situation.”

Speaking on the selection process for the taskforce, Makinde said that each member was carefully selected to fulfil a need in the task force and to combat the security challenges in the state.

He said, “The members have been carefully selected. We have as members of this task force, the Special Adviser on Security, the DG of Operation Burst and the DG of Amotekun.

“The secretary of this taskforce is from the office of the Head of Service, who is the Director of Security.

“The commissioner for Local Government and Chieftaincy matters for example is to be our link with the traditional rulers and leaders and with stakeholders at the local government level.”

The Governor subsequently sought the support of every resident and indigene of the state adding that the state does not support ethnic profiling but is after criminals irrespective of their ethnic background.

He said, “We want to take this opportunity to ask for support from our people. From the traditional institutions to our political stakeholders and also the different ethnic nationalities that are residents of Oyo State.

“We do not support ethnic profiling. We are after the criminals and we know that if we are not careful, what goes around will come around.

“We’ve been hearing news of kidnap of school children, their teachers and we do not want that to happen in Oyo state.

“Every support that we can get, we are seeking for it.”

Meanwhile, at the inaugural meeting, Governor Makinde reaffirmed that the security task force was not meant to supplant any security agency but rtather compliment the efforts of security agencies in Oyo state

“First and foremost, we think it is very important and imperative to state that we do not,by our actions or missions, want to supplant the activities of the security agencies in the state as they operate. That’s really paramount. We want to work in a way that is complimentary to whatever it is they do.”

According to Chief Ilaka, other decisions that were made include the intention to identity the various communities and markets in Oyo state, contact persons in order to be able to enumerate who is where and means of communicating with them if the need arises.

He added that the Governor will be holding a meeting with all the traditional rulers in the state within the week as he pointed out that all security matters without them will come to naught.

He also said the taskforce explored the issue of voluntary policing, that is having an umbrella body where the state can bring all other actors, particularly the non-state actors to join hands in what will be a complete and total policing architecture.

The Chief of Staff also mentioned the issue of entry points into the state regarded as being a bit porous adding that there would be checkpoints at the major entry and exit points of the state and that will be integrated into the state control room and into the general state security architecture.

He concluded by saying that the taskforce intends to further regulate okada riders in the state so as to know who they are and what they are doing from time to time.