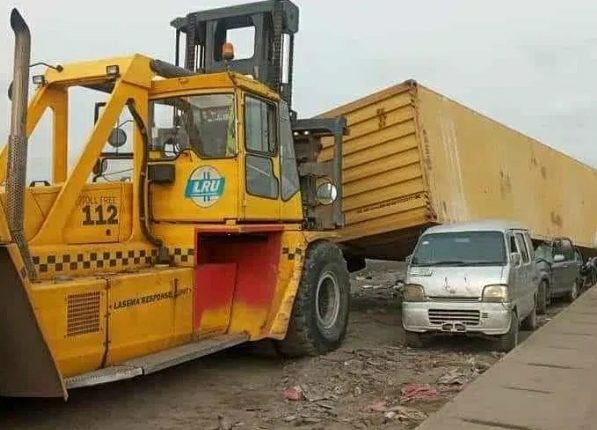 A mysterious yet, appreciative incident of a mishap that occured along Lagos- Badagry expressway have left people singing Thank You God, As a a 40″ container fall of a truck crushing vehicles but no live was recorded lost.

Photos which was caused stir online pictured a 40 feet container which fell off a trailer and landed on a number of cars.

According to reports, no lives were lost during the sad incident which happened at Barracks bus stop inward Trade Fair in Lagos.

Mask Up while You Celebrate Christmas, Seyi Makinde Urges…

According to a video obtain from the scene, vehicles were badly crushed but no human casualty was in sight