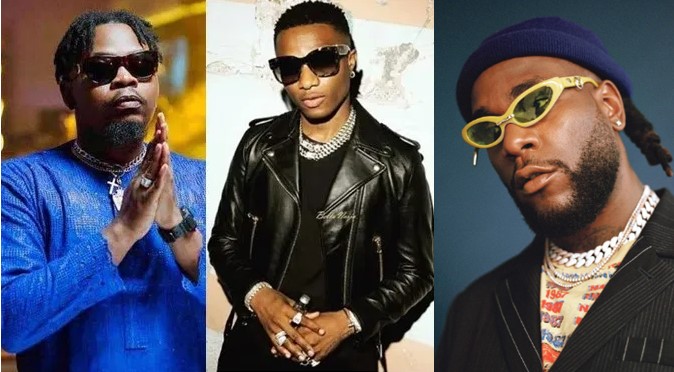 The YBNL Boss, Olamide Adedeji a.k.a Baddo has finally sent his congratulatory message to the winners of the just concluded grammy award event where four Nigerian artist came hime with the award, one of its kind in the Nigerian entertainment history.

Recall that the 63rd Grammy award held on Sunday, March 14, and Burna Boy, Wizkid, Seun and Made were named amongst the winners on the big night.

Olamide who kept mum since the awards were announced on Sunday, has broken his silence two days later.

What I discussed With President Buhari At Aso Rock—…

He acknowledged the fact that winning a Grammy is not a small achievement.

Taking to his Insta-story to celebrate Burna Boy, Wizkid, Femi Kuti and other Nigerians who won an award, the father of two wrote;

“Congratulations to Wiz, Oodgwu, Queen Tiwa, Made Kuti, Femi Kuti… Grammy no be beans”
See below: