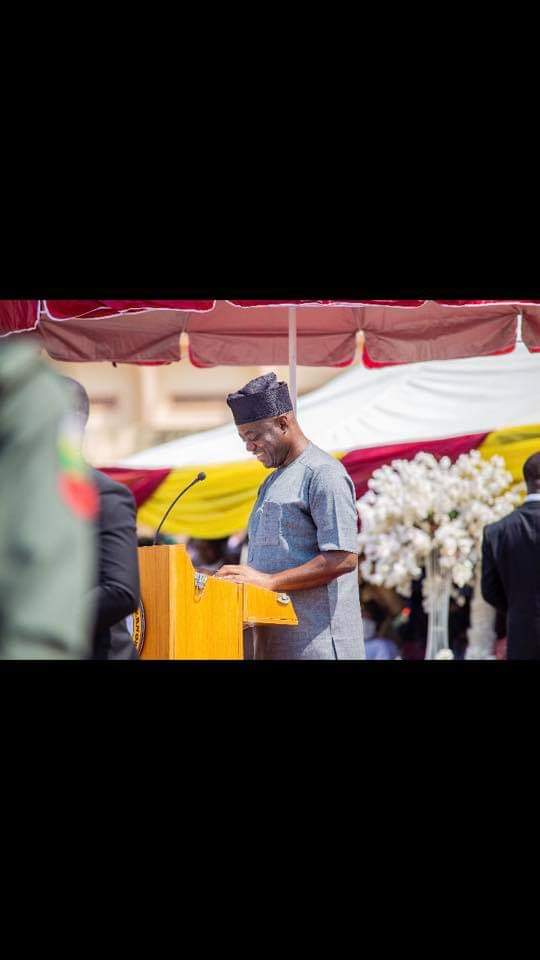 Governor Seyi Makinde-led government in Oyo State, on Wednesday, approved and flagged off the construction of a flyover bridge across Ojurin to Army Barracks Odogbo, Ibadan.

Sangodoyin addressed journalists in company of the Commissioner for Information, Culture and Tourism, Wasiu Olatunbosun; his Health counterpart, Dr. Bashir Bello , and the Chief Press Secretary to the Governor, Taiwo Adisa.

The works commissioner said the project would enhance socioeconomic lives of the people of the city.

Sangodoyin said:”The Executive Council deliberated on the construction of the flyover bridge across Akobo-Ojurin up to Odogbo barracks, which is the end of General Gas and it was approved that the bridge should be constructed.

“The bridge covers a length of 65 meters excluding the abridged lenght of the road. It will serve the Akobo-Ojurin and Odogbo axis. It is part of the developmental agenda of His Excellency, Engineer Seyi Makinde to improve on the socio-economic of the state. So, we believe that this bridge, when completed, will give us the values for the money that will be spent on it.

“The bridge has been awarded to Peculiar Ultimate Concerns Limited and the completion time is six months”.

The Commissioner disclosed that re-awarding the contract would save the state millions of naira.

The Commissioner said: “Let me add that our administration has been able to save a lot of money on this bridge simply because the bridge was awarded by the last administration around 19th of May, 2017 and when we found out that the contractor was unable to perform, the contract was terminated in year 2020.

“So, we have rewarded the entire asphatic layer to Fax Construction and left out the bridge part of it. So, yesterday, we looked at the amount that it was awarded at the cost of N1.464 billion and the contractor that had worked on it and with the slow performance before it was terminated, cost the state about N368 million.

“Now, this new contract, which we are re-awarding the bridge to Peculiar Ultimate Concerns, will cost about N1.058b and the difference is close to about N40million, which our government has actually saved.

“So, it is our believe that the bridge will be constructed on time, within six months and it is on the APFA that we have actually awarded the contract.”

Prof. T Hails Gov. Makinde On Upgrade Of EACOD, Urges Him To Name The School After One Of The Ancient Heros Of Oyo Kingdom