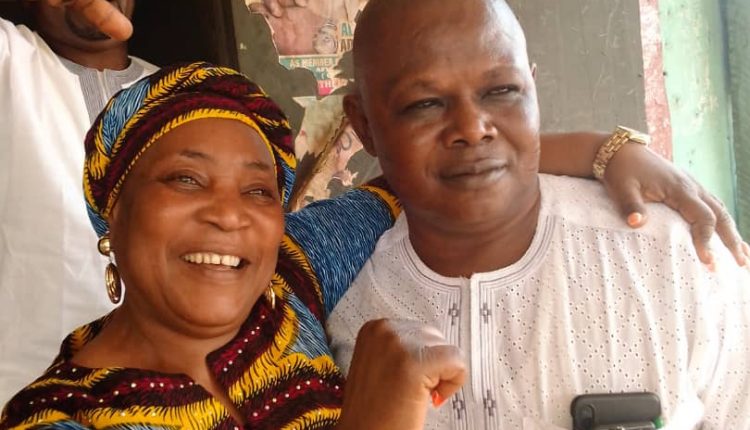 The Party Stakeholders in Atiba Local Government, Oyo State, took some giant steps in unifying the party structure after the Party Primary where Mojisola Kafilat OLAKOJO emerged the winner.

The decisions were reached at the two meetings of the Local Government Executive Committee and Elders Council respectively. At the Executive Committee Meeting, the Chairman of the Party in Atiba, Alhaji(Surveyor) Muideen Tijani who presided over the meeting described the emergence of the first female Chairmanship Candidate in the history of the Party in the Local Government as a welcome development and Providence. He assured Hon Olakojo, of the party support and cooperation for the overall benefit of members of the party.

In the same vein, the Youth Leader, Women Leader and other Executive members appealed to Hon Kafilat OLAKOJO to see other Aspirants as patners in progress and carry everybody along in her Administration.

BREAKING: PDP NWC Moves To Reconcile Makinde And Fayose, As…

In another development, Alhaji Tunde Agboola, Alhaji AZEEZ Asiwaju and other Party Chieftains, at the Elders meeting held at Party Secretariat during the week expressed satisfaction to the outcome of the Party Primary and described the emergence of Kafilat OLAKOJO as a unifying factor.

They urged her, to take the supremacy of the party as her priority and create an enabling environment for the benefit of Elders, Women, Youths and the entire members of the party.

In her own remark, the party flagbearer, Hon (Mrs) Mojisola Kafilat OLAKOJO, appreciated the Executive Committee of the Party, led by Alhaji Muideen Tijani, that, she will involve the Party in the overall decision of the Administration and all efforts of the party members will be duely compensated.

She further stressed that, she has been reaching out to all other aspirants, so as to work together to form a unity Government in the Local Government.