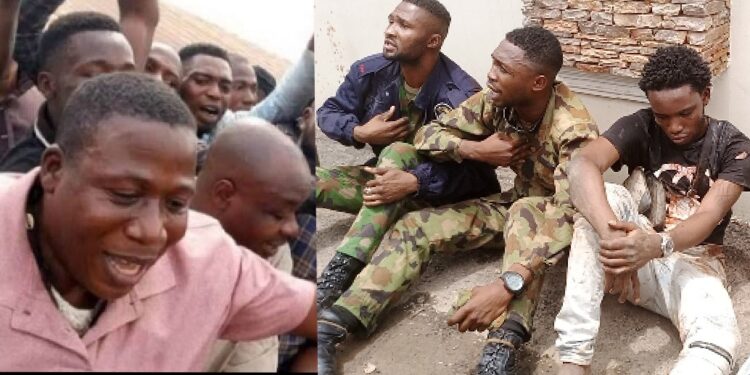 The men of the oyo state police command have arrested two soldiers and some hoodlum who attacked Chief Sunday Igboho at his Soka residence .

TODAYSPLASH gathered that the hoodlum accompanied by two men of the Nigerian Army attacked Sunday Igboho’s boys while on an errand for their boss.

The boys during the attack by the suspected hoodlums and the soldiers, had to seek for the support of their colleagues who said to have mobilised en-mass against the attackers.

Igboho’s boys said to have retaliated against the attackers and ensured they were handed over to the Police Command at Soka Ibadan.