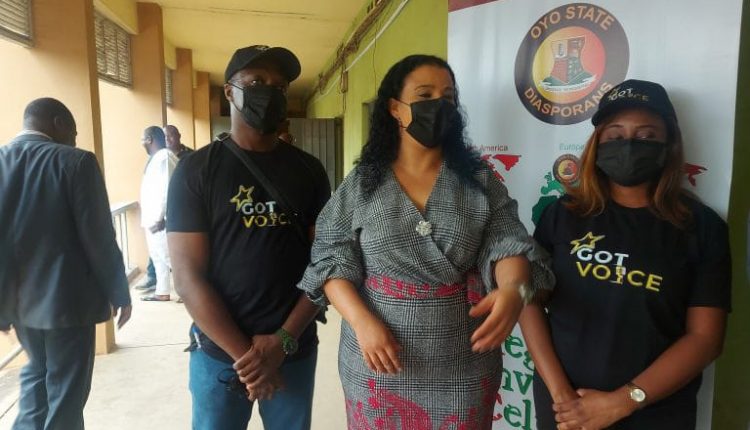 The Oyo State Government is patnering an entertainment company to lauch a Youth Empowerment TV Show, where youths of oyo state would showcase their glGod given talent.

The patnership which was facilitated by the Special Assistant to the Governor on diaspora matters, Hon. Bolanle Sarumi Aliyu will see Skylark Events Limited host the ent in oyo state to see the best of oyo youth in action.

According to the Organizers, Oyo State youths will be up to win a star prize of a brand new car, a plot of land and much more in the talent hunt reality television show billed to take off in May 2021.

The reality show billed “Got Voice” has been designed for participants between ages 3 upwards.

The Senior Special Assistant to the Governor on Diaspora Affairs, Mrs. Bolanle Sarumi-Aliyu noted that the talent show would nurture talents in the state, adding that it is another laudable achievement under Governor Makinde’s Administration.

Hon Sarumi, whose office facilitated the talent hunt revealed that it will promote singers, eventually, the future shows will promote comedians, dancers and potential entrepreneurs from Oyo State.

Seyi Makinde: A Model Of Good Governance In South West And…

According to Ms Samede, a brand new car will be up for grabs in the debut show, and auditions to begin April 19th till 23rd of April and live shows holds May 15th, May 22nd, May 29th and the Grand Finale holds on June 5, 2021.

She said, “We are organising a talent hunt called ‘Got Voice’ targeted at discovering young talents in Oyo State who can sing.

“We want to discover, nurture and promote young minds and entrepreneurs in Oyo State, within the age range of 3 upwards.

“For the overall winner, we have a brand new car, cash prizes, a piece of land, endorsement deals and other accruing benefits.

“There will be a motorbike, cash-prize and other benefits for the first runner-up, while the second runner-up gets cash prize too.

“Other finalists will go home with consolation prizes too,” she said.

Meanwhile, the Commissioner for Youths and Sports, Mr. Seun Fakorede while commenting on the empowerment show, described the project as a laudable initiative for youths development and empowerment.

He noted that the initiative will raise a number of talents, serving as a platform that will raise forces to reckon with in the entertainment industry.