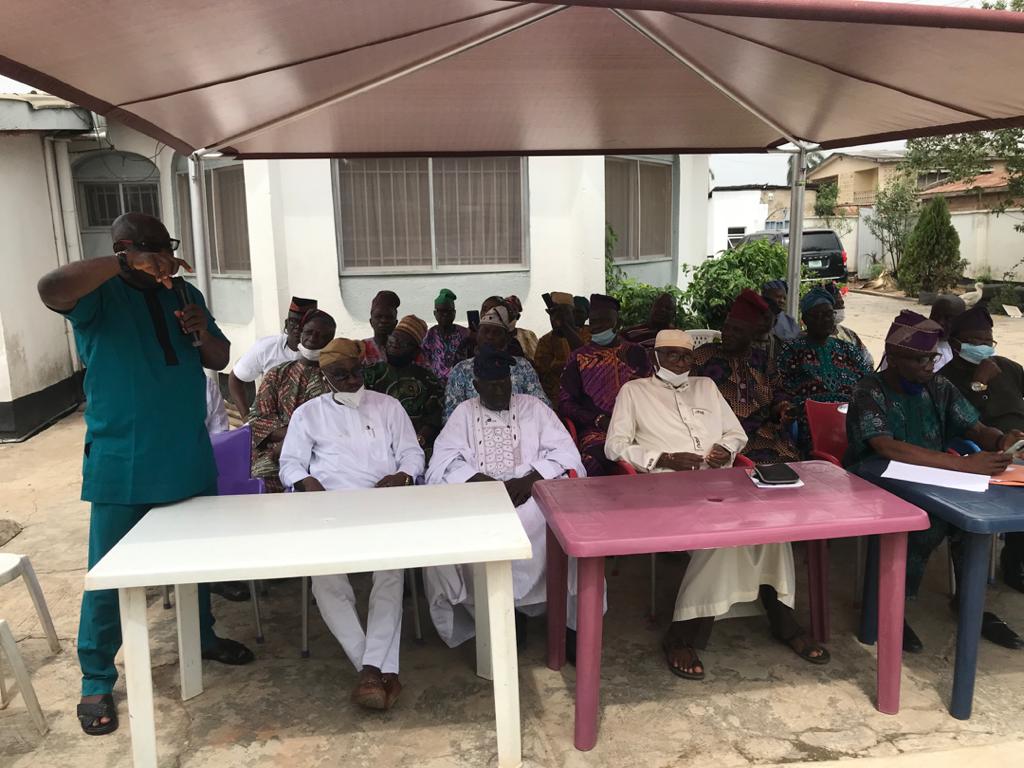 Stakeholders of the Oyo State Peoples Democratic Party (PDP) on Friday met in Ibadan, the state capital to brainstorm on the way forward for the party.

At the well attended meeting, the stakeholders asked the National Working Committee (NWC) of the party to dissolve party executive from ward to state level in order to safe the party from extinction.

The stakeholders in a communique issued at the end of its meeting also rejected the party primaries conducted by state exco, to elect chairmanship and councillorship candidates.

The communique reads;
In a communiqué released after their meeting in Ibadan, the Oyo state party leaders, chieftains expressed their dissatisfaction over the attitude of governor Seyi Makinde toward the party and party leaders, said the governor has the intention to destroy the party before he joining another party.

The PDP Stakeholders across the state met today 19th March, 2021 and resolved as follows :

1. That the government of Engr. Seyi Makinde has relegated the party and party leaders while recognising none Party members and none Politicians,
if not properly checked and appropriately addressed headlong, may lead to implosion within our party. It is like he has agenda to destroy the party before he moves to another political party.

2. That the stakeholders from various local governments supports the trip to Abuja and the demands made to the national leadership, also commended the effort of Sen. Bukola Saraki led reconciliation committee.

4. That we therefore, pass a vote of no confidence on the executive council of PDP in Oyo state and we hereby demand the dissolution of the state party exco. Instead, we ask the national body of our great party to put in place, a caretaker committee to oversee the affairs of the party, pending the time state congress will be held and substantive exco will be elected.