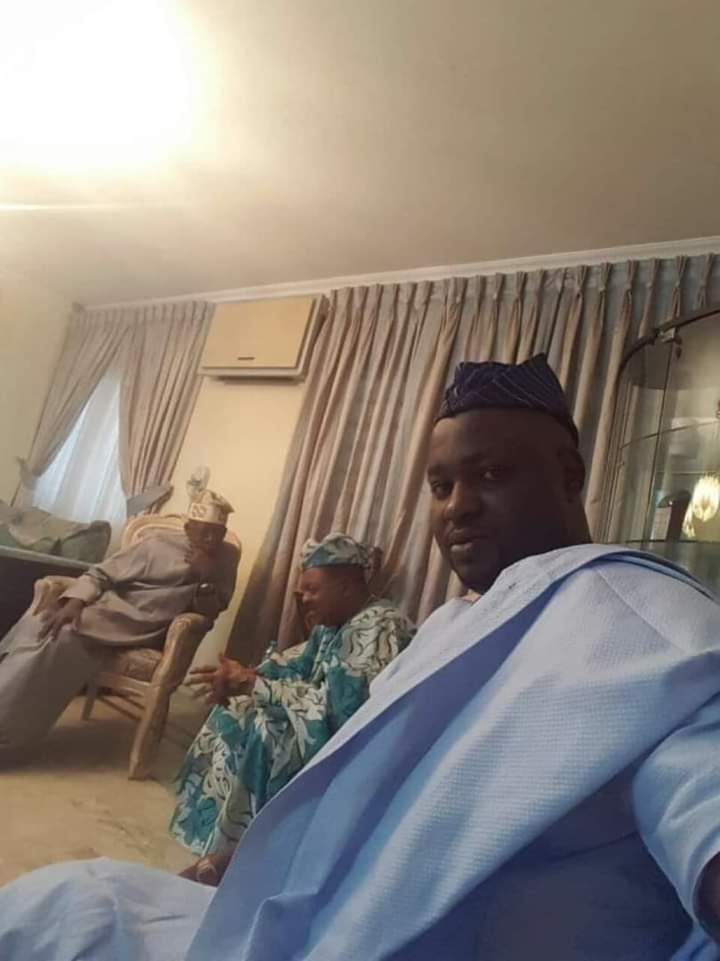 Alaafin of Oyo,  Oba Lamidi Adeyemi III have bern seen in a crucial meeting with the former governor of lagos, Asiwaju Bola Hammed Tinubu on saturday in his Burdillion villa at Ikoyi lagos.

The meeting which was held in a closed-door saw the mornach and Tinubu engaging in what could be called crucial and intensed meeting.

Sources said the emergency meeting was connected to the secession song that rented the air over the last few days, with some prominent Yoruba activist calling for separation of South-west from Nigeria.

Chief Sunday Adeyemo Popularly known as Sunday Igboho in one of the meetings organise to orientated the people about the need for Yoruba Nation said It is now time to actualise Yoruba nation.

“He said that there is no basis for ‘one Nigeria’ as insecurity spreads to the southwest region, adding that the only solution is for the Yoruba nation to stand on its own”.

Igboho in the now-viral video where he was addressing a press conference as obtained by this newspaper  reiterated his stance against killer herdsmen in the southwest.

“Starting from now, we don’t want herdsmen in our land to disturb our farms again. If we meet any killer herdsmen, we are going to face and destroy them”.

“If any police attack us for that, we are ready for them. We don’t want Nigeria again, but Yoruba nation. There is no essence for one Nigeria when major resources in the country are in the hands of the northerners.”

“Enough is enough, no going back… we are not scared of anybody, these killer herders are taking over our land and they are killing us,” he added”.

OYOVANGUARD gathered that the resent statements made by Igboho and happenings from various quarters, are major reasons politicians are on their heel’s, it’s better to curtail him now before it gets out of hand, sources said.

Recall that Sunday Igboho has on several Occasions said that the only Monarch bold enough to stand by him and the course of the struggle Was Alaafin Of Oyo.

And insider who don’t want his name to be on media said, The National leader of the APC, call on Alaafin to help talk to Sunday Igboho over the call for a Yoruba Nation.

Alaafin who went into the meeting with his Son Akeem Adeyemi a member of the house of Representatives was also seen Taking pictures of the two while, they were engaging in a heated conversation.

While details of the meeting is yet to be accertained as at the time of filling this report, Few fans of the National leader of the APC, privy of the meeting have gone to social media to propagate the news for a Yoruba President than the call for separation, which has Rented the air over the last couple of days.

What Necessitated The Upgrade Of EACOED To A University —OYSG