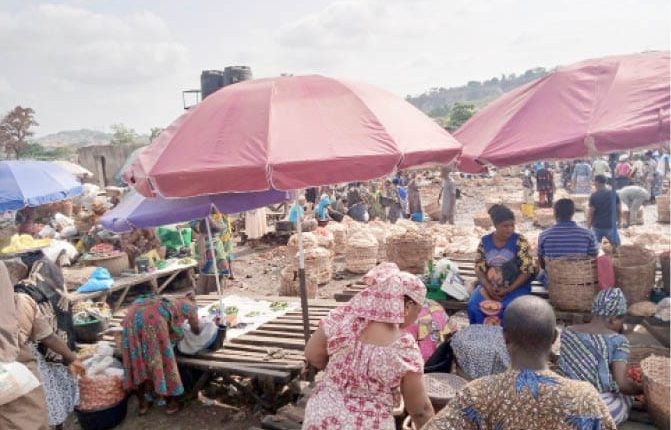 Five weeks after the Shasa crisis, Hausa and Yoruba traders have returned to the market for usual business, Daily Trust on Sunday reports.

There are reports that trucks have started bringing onion, tomato and pepper to the Shasa Market and residents of Ibadan, the Oyo State capital, have started trooping to the market to transact business.

The crisis which claimed many lives and property started on February 10, 2021, following a clash between a pregnant woman and a young Hausa man. According to a witness, the young Hausa man hit a shoemaker who tried to intervene with a charm and fled and that the shoemaker later died.

The source confirmed to reporters in Ibadan that the death of the shoemaker led to burning of houses and killing of people in the market.

Following the crisis, the Governor of Oyo State, Seyi Makinde, closed down the market on February 13, and reopened it on February 23, after intervention of the governor’s forum.

Our correspondent who visited the market reports that activities have returned to the market but observed that the ever busy Shasa town has turned to a ghost town.

A tomato dealer, Mallam Kabiru Adamu, told Daily Trust on Sunday that, “We are more than 50 in this area of the market. Many of us have gone to Akinyele and many are waiting for the approval of government on Iroko village. But I know if government rebuilds this market, things will change. We are no more fighting. Almost all my customers are Yoruba and we have never fought over the years. Peace has returned to Shasa, but you know the market was not built in a day. With time, it shall be filled to capacity.”

A fashion designer in the market, Risikat Akinjide, who said she lost all her belongings to the crisis, urged Gov Makinde to rescue the traders by rebuilding the market.

She said; “We want the governor to come to our rescue. He should help us to rebuild the market. Many of our fathers who are living on their burnt properties are walking corpses. We need government now.”

However, The Chairman of Shasa market before the crisis, Alhaji Usman Idris Yako, who insisted that his people had refused to return to Shasa community, alleged that the Sarkin Fulani in Shasa market, Alhaji Haruna Maiyasin, did not share the money given to him by governors for the victims of the crisis.

Alhaji Yako said, “We have not gone back to Shasa market; we are now doing our businesses in our new base in Akinyele.

“Most of the assistance given by the government and well-wishers did not reach us. The money was given to Sarkin Shasa and he has not disbursed the money to anyone. He is enjoying the money with his family. Meanwhile, he is not among the victims. We are the real traders and victims of the crisis.”

Reacting, the son of the Sarkin Fulani Shasa, Mr. Ahamed Ciroma, who spoke on behalf of his father, told Daily Trust on Sunday that the allegation was not true, adding that it was a plot to tarnish the good name of his father which he has earned over the years.

He said the Hausa and Yoruba communities in Shasa Market didn’t recognize him as the chairman of the market and as such, lack moral right to make fake allegations against his father.

“The allegation is not true. No governor sent money to them through my father. Those who supported them brought their money to them personally. When Kano State wanted to give them money, he sent his men to them.

“The man making the allegations was not recognised as chairman in the market. Both Yoruba and Hausa communities  didn’t recognize him. What moral right does he have to begin spreading fake news?” he queried.