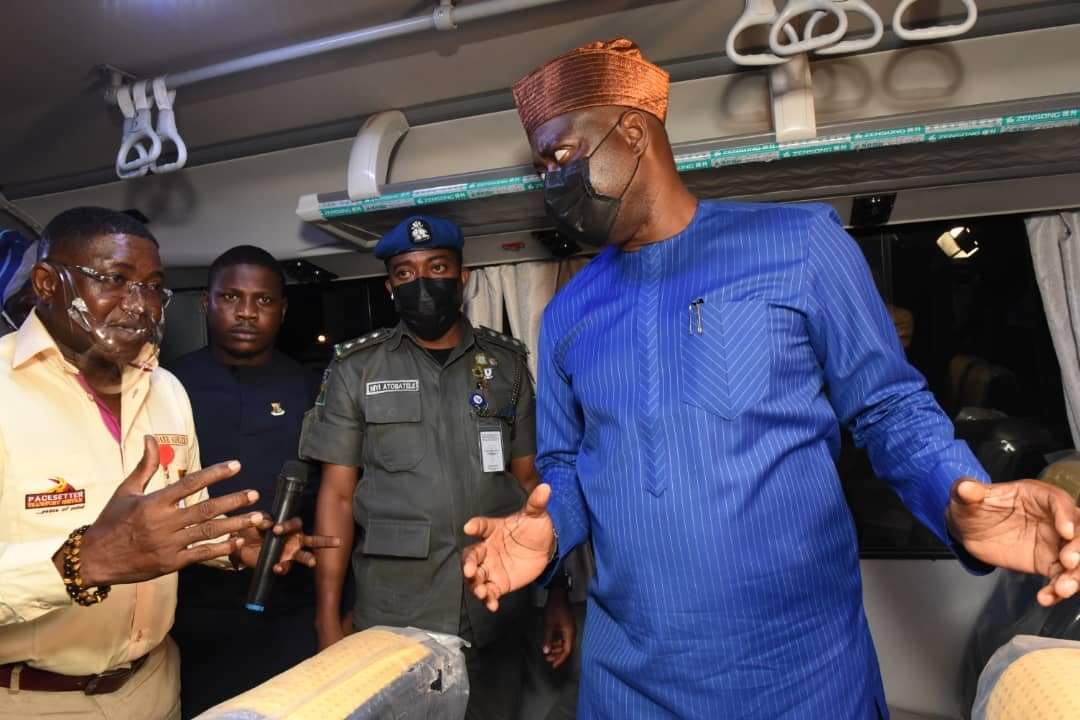 Dare Adeleke in his reaction revealed that Mr.  Diran Odeyemi about some months agos begged for contract from the governor and later sold the contract to another contractor.

Dare Adelele who stated this while reacting to social media jabs and conjunctures by Mr Diran against the state governor, Engr. Seyi Makinde, maintained that the DNPS of the party has sold his soul to the evil and that his attacks on the governor will amount to nullity.

His words: “there is no art to construe the mind of a man from his face, in most cases those we help the most are usually the first to draw the dagger in a convolution of grand conspiracy. We have many back stabbers among us who become very bold when their souls are bought for pittance.

“Diran Odeyemi, Deputy National Publicity Secretary of the PDP has the temerity to attack His Excellency, Gov Seyi Makinde, when not too long ago, he was crawling on the corridors of government house, Ibadan, begging the governor for contract.

“The scavenger, Diran Odeyemi proved how irresponsible he truly is when he was given the contract after months of begging when he sold the contract. That is how cheap the character is.
“On what pedestal does this reckless fellow stand to dare accuse Makinde of accepting failure?

We are seeing logic turning on it’s head in our political party, the PDP right now because of the greed of some leaders of the party. How can the party’s sole governor in the South West and one of it’s most performing Governor be the one at the receiving end of party members irresponsible and malicious statements?

“Nigerians can now decipher the truth. Some people within the party hierarchy have sold themselves to the devil. These are people who are part of the Bourdilon clan with Fayose as the errand boy.

“It’s highly unexpected that the so called national Deputy Publicity Secretary, is the one attacking the symbol of the party because of personal gains.

“If not for pecuniary gains, how can a nonentity with no political base, like Diran Oduyemi get develop diarrhea of the mouth with such brazen madness? This is a man who has been begging governor Makinde to support him financially before he was finally given a contract yet he turns out to be a traitor.

“If we must go back in history, this the same man who betrayed Ex-Governor Alao Akala after he was given an appointment irrespective of the fact that he is from Osun state. Akala appointed him Special adviser but he turned around like a cheap hustler to betray him.

“Like a Vulture, the scavenger waited and again begged Governor Makinde to give him an appointment but Makinde being a wise man knew that you cannot keep a venomous snake in your premises and expect it not to act according to it’s nature.

That Governor Makinde made bold to say that he is not afraid to leave office in 2023 because he is very confident that he has done well and he will be returned by his people.

“We all saw what happened in Edo State. The power of the people spoke for Governor Godwin Obaseki. GSM knows and trusts in his deliverables. His has kept his promises to the people every inch of the way. He knows that nothing can shake his second term.

“The likes of Odeyemi cannot understand that the people are more powerful than the propaganda they are spreading. They are a force Governor Makinde has behind him.

“Why are they shaking? Why are they being caustic and sarcastic as they plan in their coven for the fall of a man whom God has blessed?
I can assure them all, all the conspirators that they will be disgraced and shamed soon. They may misquote the good man, they may twist his statements, the may bare false witness against him but it will all come to naught. Diran and his band of traitors will fail. He will come again and beg at the feet of Seyi Makinde, who is a self made Billionaire unlike his political jobber masters.”