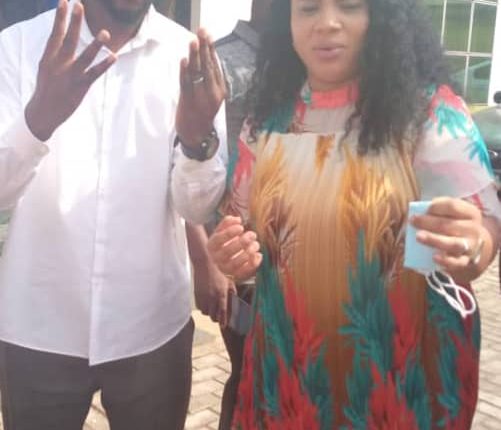 Over these years, women from different generations and locations, West, South, East and Limpopo North have proven their strength and independence. Women have made exceptional contributions in all ramifications which includes government, religion, arm forces, business world and so on. Around the world, there have been many women in positions of power with intimidating profiles mixed with various achievements.

No doubt, MRS BOLANLE ALIYU SARUMI is one as she has proven to be a powerful woman with unquantifiable leadership traits. Her distinctive human relationship qualities can never be over-emphasized.

If you ask me, BASA is energized, resourceful, respectful, reliable, active and to cap it all beautiful. One will wonder if this wonderful woman is from another planet bearing in mind her oratory skills.

Aunty is one of our few existing motivators in FOD and no amount of rhetorical expression is enough to celebrate her, hence the need to explore my archive while i make this article expository in nature.

Meet our one and only BASA who is a leading light, Politician, Social Worker and Entrepreneur.

She has a degree in Social Policy from Anglia Ruskin University, Cambridge, United Kingdom. She is also a graduate of social welfare in United Kingdom. She became an Entrepreneur at age of 21 with many success stories. Her Foundation which was initiated in 2018 has became household name as a result of their souls lifting activities. Their major aims and objectives are to provide employment opportunities for youths both male and female.

My Dad Wanted Me To Be A Mechanic — Taribo West

BREAKING: NBC To License All Social Media ‘Operations’ In…

“If I Reveal Your Secrets, Your Daughters Will Be Ashamed…

Hon. Carolina actively worked with former FCT Minister, Oloye Jumoke Akinjide as Special Assistant on social development. No wonder, they have many things in common.

In 2019, she contested as the first female Governorship candidate in Oyo state. Without mincing words, i actively followed her campaign, interviews and media chats and all I can say is that, Oyo state is blessed with wonderful women.

After her outstanding performance in the last general election (both pre and post), she was later appointed as the Senior Special Adviser to Oyo state Governor, the office she is currently occupying with many positive results.

She is a core Seyi Makinde Disciple and one of the faces of hope as far as Oyo state is concerned.

Apparently, it is now crystal clear to people that this woman is naturally endowed. Despite her wealth of experiences, connection and class, she is adorned with utmost humility, void of any oppression, backbite or conspiracy. Verily, she is a listening leader.

Dear BASA, please light the candle and make a wish for you are a jolly good leader. Happy birthday ma. Lets collectively make the year count instead of counting the years.

On behalf of all Friends of Deji Ola, I am wishing you more productive years on Earth.

No Individual Can Break Up Nigeria At This Critical Time, Agitation Is Inimical And Capable Of Eroding The Black Continent—Oluwo

No Individual Can Break Up Nigeria At This Critical Time, Agitation Is Inimical And…