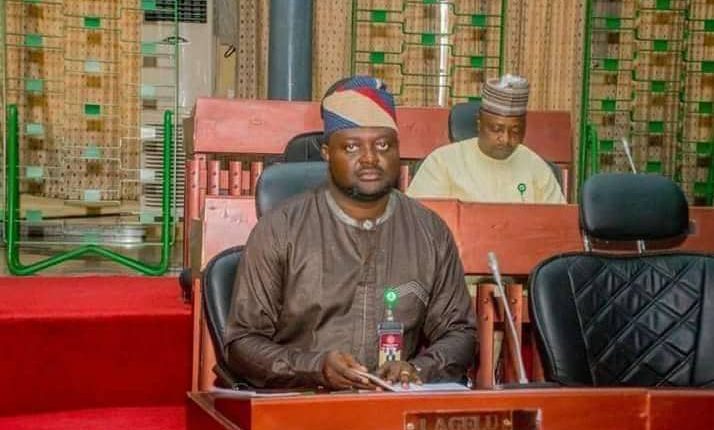 A coalition comprising different political groups in lagelu Local government in Oyo State , under the aegis lagelu Peoples Forum (LPF) yesterday announced its intention to commence the recall of the lawmaker representing Lagelu state constituency in Oyo State House of Assembly, Honourable Akintunde Olajide popularly called AKT, over allegations of gross misconduct that led to his emergence as an hon member in the Oyo state house of assembly

The coalition called on the people of the lagelu state Constituency to as a matter of urgency and responsibility support the patriotic move and save the Constituency further embarrassments.

The group in a Press statement released to this Online newspaper, lamented what they described as poor representation of the Constituency by AKT.

Speaking on behalf ‎ of the group, Alhaji Abdulkareem Delaja told Journalists that lagelu state Constituency has been relegated to the back seat following the serial exuberant behavior,lackadaisical attitude ,disrespecting the traditional rulers and arrogance to the electorate that elected him.

According to Delaja, he has since his election threaded the path of infamy by neglecting his primary responsibility to his supporters and more importantly the masses , and most importantly he did not get the party Waiver to contest in the 2019 general election stating that he was not fully and properly involve in the due process of candidate representation and at this it’s has led AKT to an unwarranted political ego tripping that only serve to massage his over bloated ego and personal aggrandisement.

“As a Group, we are not out to witch-hunt any body. But we owe it a duty to ensure thay our Constituency is properly represented in the State Assembly.

Unfortunately this has not been the case with him who has virtually turned an otherwise serious business of legislation to a grandeous display of infantile exuberance , cronism and other shameful vices unbecoming of a Distinguished Honourable”.

Delaja explained further that the immediate past honourable members , for instance had contributed immensely in ensuring the award of the rehabilitation of the good roads and all other community development..

But in the case of AKT we have on several times require the attention of the Politician for some urgent community needs through his office but unfortunately our fun loving Honourable would rather pursue after vanities than take up such important issues”.

“We therefore owe it a duty as a people to recall lawmaker representing Lagelu state constituency in Oyo State House of Assembly, Honourable Akintunde Olajide popularly called AKT in order to avoid further damages to our collective psyche and escape his disastrous outing before it consumes us. To conclude therefore that we need an urgent replacement for AKT is a gross understatement”.

The Forum lamented the various problems facing the Constituency especially roads, dearth of portable water, electricity transformer’s among others which deserve urgent attention but which he had neglected.

“You can imagine that the honourable has not even deemed it fit to have a functional Constituency Office lagelu. How can he even appreciate the enormity of the problems facing the people?”,the forum stated adding that” it is very unfortunate that the people of lagelu Constituency that are renowned to be highly supportive, to have produced first class administrators, Politicians, and responsible people in various endeavours are caught in the present mess”.

The spokesman of the Forum said that the Forum was already discussing with the relevant stakeholders in the respective wards on the need to expedite action on the recall process.

No Individual Can Break Up Nigeria At This Critical Time, Agitation Is Inimical And…