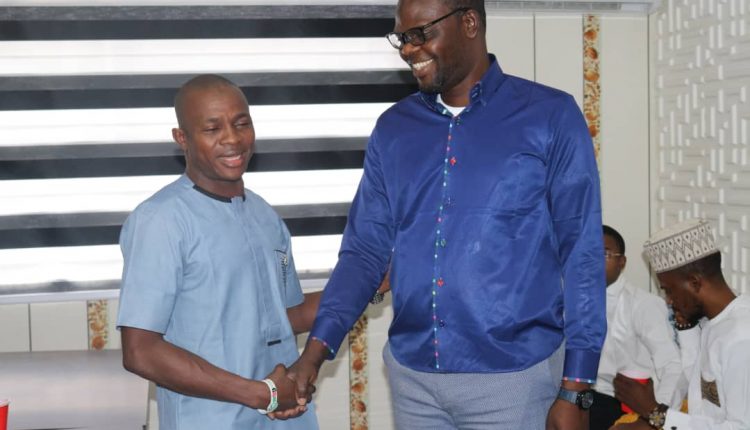 How Herdsmen Uprooted My N5m Cassava Farm For Their Cows To…

Agba Egbe, during his Courtesy visit to the management of Agidigbo Fm has commended the management for demonstrating high level of professionalism both in facility put in place and human resource on ground

The PDP IB NORTH LG CHAIRMANSHIP Candidate said that the establishment of a functional radio station by the broadcaster has shown that hard work and persistency pays off. Furthermore, he said the establishment of a radio station and several other projects and programmes that connects to the growth and social development of the state and to the listeners at large is highly commendable and very rewarding.

Oduduwa Republic: You And Your Cohorts Should Stay Away From Ondo State, Akeredolu Warns Sunday Igboho