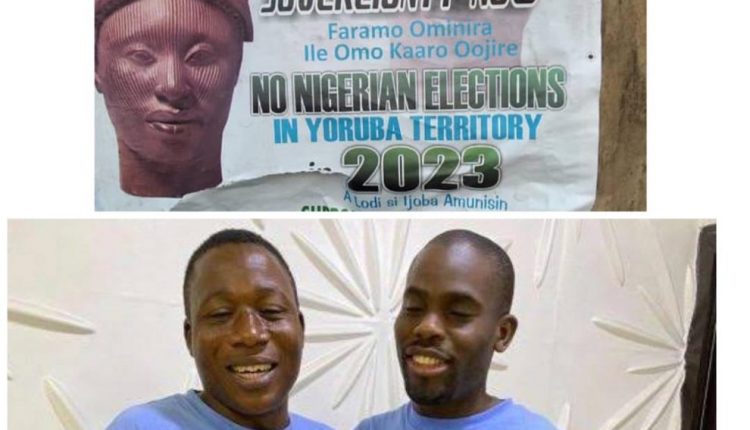 A group agitating the independence of the Yoruba nation has flooded Ibadan, the capital city of Oyo State with posters for the proposed Yoruba nation, Oduduwa Republic.

The group is being sponsored by Koikimedia, a company owned by Sunday Igboho’s spokesman Olayomi Olakunle Koiki.

One of the descriptions on the poster captioned: ‘Support Yoruba Referendum Now’.

It would be recalled that a group also posted the image of a proposed currency for the Yoruba nation on its Twitter handle @OduduwaRepublic, on Sunday, 21 March 2021.

Oyo Among The Leading States With Tuberculosis Patients,…

The tweet read: “Oduduwa National Currency shall be called ‘FADAKA’ Meaning Silver .. or short as just ‘FAD’. Here is a 20 Fadaka Sample Banknote.”

Akintoye and Igboho, among other Yoruba leaders stated that the Yoruba nation can be independent and yet, thrive.

Professor Akintoye said the most important thing for the Yoruba nation is to learn to work towards its sovereignty.

According to him, this is not a time to discuss issues surrounding restructuring, resource control or a new constitution but rather to secede from Nigeria.

BREAKING: Nigerian Military To Go After Sunday Igboho, Asari Dakubo And Others