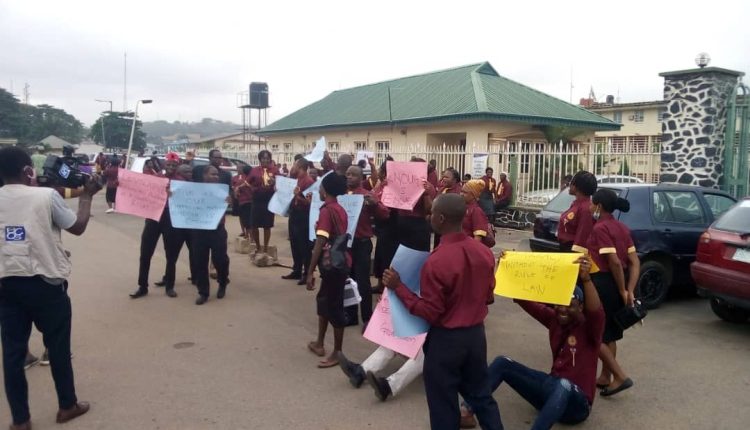 Parliamentary activities were this morning paralysed at the Oyo State House of Assembly as the State Chapter of Parliamentary Staff Association of Nigeria blocked the entrance to the Assembly.

The development is in protest against continued denial of financial autonomy to legislative arm of the government.

The protesters dressed in red T shirt were seen carrying placards with various inscription like “we say no to Executive slavery”, “AGF implement order 10, 2020, give us financial Autonomy” “enough is enough” among others.

Mr. Alade said for the nation to witness true democracy there must be financial autonomy for all arms of government.

Mr. Alade said the strike would continue till their requests were granted.