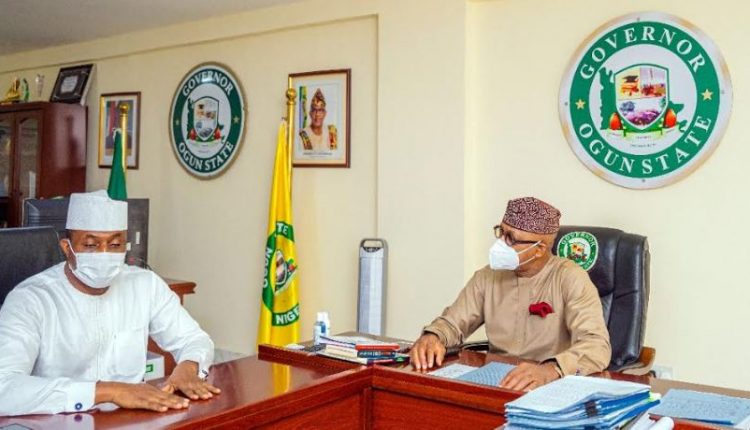 The two political leaders went straight to the meeting which lasted two hours shortly after Bankole arrived at the Oke-Mosan secretariat around 4:12 pm.

The former speaker defected to the ruling All Progressives Congress last week alongside the former Governor of the state, Gbenga Daniel, met with the president, Major General Muhammadu Buhari (retd.) on Monday.

Our correspondent gathered that Bankole’s defection was seen as a grand plot to check the popularity of the former governor, Senator Ibikunle Amosun.

Grammy No Be Beans, Olamide Reacts To Grammy Award By…

Both Amosun and Bankole hail from Ogun Central Senatorial district which is believed to be a strong factor for the victory of any party at the poll.

The details of the meeting were not disclosed, but our correspondent reliably gathered that Bankole was brought to make the second term ambition of the governor seamless in the district.

When asked of his impression of the Government of Dapo Abiodun, he quipped, “So far, so good”, adding that his meetings with both the President and governor had “good outcomes”.

When asked if what he’s bringing to the APC, he said, “You would soon find out” and left in his black Lexus 570 jeep.