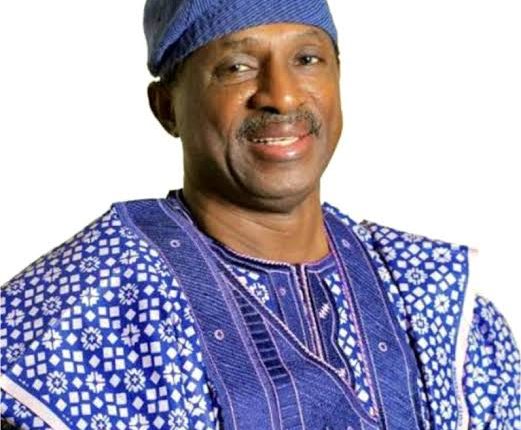 A chieftain of the All Progressives Congress (APC) in Oyo State and former governorship candidate, Senator Olufemi Lanlehin, has said he will not be seeking any elective office in the 2023 general election.

Nigerian Tribune quoted Lanlehin, who made this known in a statement he personally signed as saying that he took the decision after reviewing past and present political activities in the country, particularly in the state.

The ex-lawmaker who represented Oyo South Senatorial District from 2011 to 2015, was the governorship candidate of the African Democratic Congress (ADC) in the 2019 election before withdrawing his candidature to support Mr Seyi Makinde of the Peoples Democratic Party (PDP) who won the election through a coalition.

The coalition has since broken down with Lanlehin and his loyalists joining the APC where he had been speculated to be interested in running for either a governorship or a senatorial contest in Oyo South.

But the lawyer-cum-politician said he had to be firm in taking a decision regarding his political future, having also consulted widely with his people across the state.

“As a democrat and progressive politician, whose guiding principle is truth, fidelity and probity, I wish to state that having taken a deep, thorough, comprehensive and dispassionate look at the past and present political terrain and activities in Nigeria in general, and Oyo State in particular, there is the need for me to take a firm stand as regards my political future.

Pursuant to the above, and in response to calls and enquiries from far and near, I hereby announce publicly, having resolved privately after wide consultation, that I will not be contesting any elective position come 2023.

“However, I will continue to remain in partisan politics as a stakeholder as I retain my membership of the All Progressive Congress (APC) while participating fully in its ongoing reorganisation and repositioning.

“I pledge to numerous allies, supporters and admirers in the APC that I shall continue to support their efforts and aspirations whether at party congresses and conventions, or at elective government positions.

“My contribution towards the welfare and development of the people of Oyo State and Yorubaland in particular and Nigeria in general is assured,” he said.

Lanlehin crusaded the restructuring of the country and a return to federalism just as he tasked the leadership to take certain “fundamental and constitutional steps” to ensure “credible, free and fair elections in 2023.”

“These steps include but not limited to, guaranteeing a safe and secure country, revamping the economy in order to provide employment for our teeming unemployed youths as well as restructuring the Nigerian state. These steps, if well handled, will entrench the unity, prosperity and progress of Nigeria.

“Likewise, it is imperative that Nigeria retraces its steps back to true federalism, justice and fairness, as a way of deepening democracy, progress and good governance.

“What is, therefore, paramount in my mind, is the progress of Nigeria generally, and that of Oyo State and the entire Yorubaland in particular, and I will, God willing, in collaboration with like-minds, commit to these goals,” he said

REVEALED: Why Some People Are Threatening Me With Second Term Ticket—Makinde