It Hurts When Oriyomi Hamzat Criticizes Me, But…… Makinde During Commissioning Of Agidigbo FM 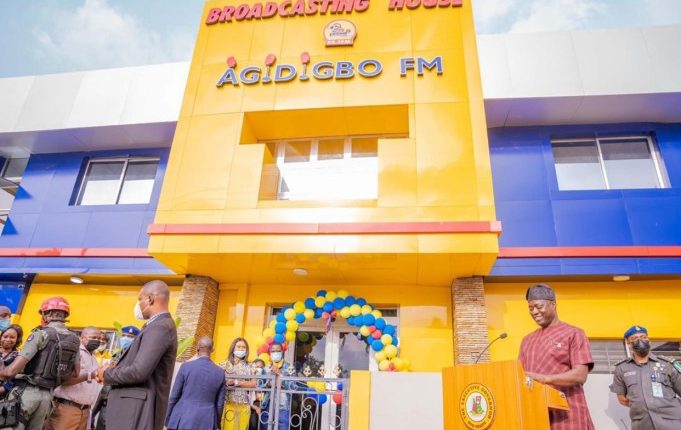 The Governor of oyo state Engr. Seyi Makinde has revealed his feelings towards Oriyomi Hamzat criticism, the governor said he feels a severe pain seeing himself being criticize by the media.

Speaking at the commissioning of Agidigbo 88.7 FM, owned by Hamzat, Makinde said it does not take long before they reconcile.

Makinde, who was accompanied by top aides, commended the proprietor for his vision, explaining that “I am happy to be here today firstly because what my brother, Oriyomi Hamzat, has in mind to do has come to a reality. There are a lot of people who have good projects like this to come up with but they never had that opportunity to actualize it. So, we thank God that Oriyomi achieved a feat such as this.

“I want to also let you know that, from this event, there is a lesson for all of us to learn. During my electioneering campaign, Oriyomi, Omo-Ode, Iya arugbo offered advises to us. He was constantly in touch. And when we eventually got to government, some people have been coming to meet me for contract but Oriyomi never did that. He has never come to me to give him contract instead, he struggled to make money to build this station we are commissioning today.

“If some people are saying I gave him money to build this radio station, that does not represent the fact. He actually struggled to make his money,” he disclosed

This was just as he charged intending investors to hit the ground running. “I want to congratulate him on a job well done. The station already employs 65 people. With our commitment to creating an enabling environment for the private sector, we expect more investments like this in Oyo State,” Makinde added.

Oyo PDP Crisis: Bode George To Mediate Between Makinde And Other Party Leaders

PHOTOS: Gov. Seyi Makinde Celebrates AkinOosa on His Birthday, Says He Is An Asset To…