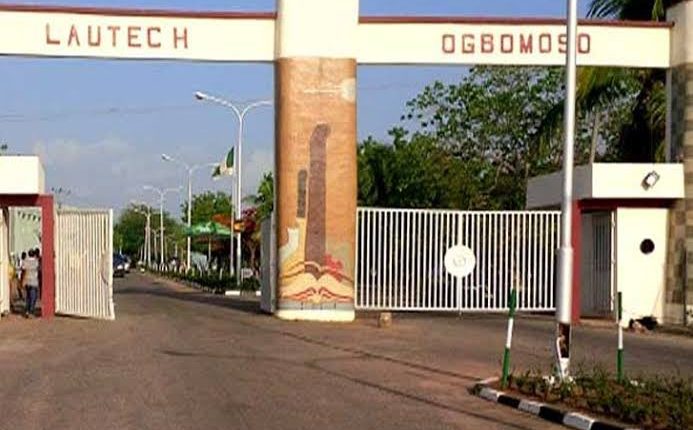 A statement by the Chief Press Secretary to the governor, Mr. Taiwo Adisa, indicated that the appointments were in line with Governor Makinde’s promise to put the Council in place to reflect the new ownership status of the University.

It will be recalled that following efforts by the Makinde-led administration, the joint ownership of the institution was resolved in favour of Oyo State.

Omole, who has now been appointed as the Pro-Chancellor of LAUTECH, chaired the Oyo State Negotiation Committee on the Sole Ownership of LAUTECH, which worked with its Osun State counterpart to negotiate what has now become an amicable resolution.

Omole, a professor at the Department of Forest Production and Products, University of Ibadan, has a career spanning about 24 years in the university system.

I Caught My 4-Month Pregnant Wife In Bed With Another Man,…

He is a member of several learned Societies including the Nigeria Fields Society; Forest and Forest Products Society of Nigeria; Society for Wood Science and Technology and the Commonwealth Forestry Association.

Prof. Olaniyan, who is a member of the new LAUTECH Governing Council, is a Professor of Economics at the department of Economics, University of Ibadan. He has over 25 years of research, consulting and tertiary teaching experience in development economics and social policy work in developing countries through which he has been able to interact and work with senior-level technocrats and officials.

He is a currently co-Chair of the Academic Steering Committee of the Global Master in Development Practice Association based in Columbia University, New York, USA and has also served as the Chair of the Governing Council, College of Education, Lanlate in the past.

He is the current Director of the University of Ibadan Centre for Sustainable Development.
Mrs. Ahmad, who was also named as a member of the Governing Council is an indigene of Oyo town, who graduated from the University of Ile-Ife (now Obafemi Awolowo University, Ile-Ife).

She started her career with C.S. Ola & Co (Chartered Accountants) Ring Road, Ibadan and qualified as a Chartered Accountant in 1992.
She has worked in both public and private sectors of the economy over the last few decades and was the first CFO at Bi-Courtney Aviation Services, the managers of the world class MMA2 airport in Ikeja, Lagos.

She is currently the Managing Partner of TAPS Professionals (Chartered Accountants), with head office in Lagos and branches all over Nigeria.
Mr. Idowu Adeosun, another member of the Council, recently retired from the Oyo State Civil Service as a Permanent Secretary.

He had a meritorious service in the Civil Service and equally served as the secretary of the state’s negotiation committee on LAUTECH ownership.
Hon. Bankole, who has also been named a member of the Governing Council, served at a point as member, Caretaker Committee of Oriire Local Government, Ikoyi-Ile and later served as caretaker chairman of the same local government.