Oyo PDP Crisis: Bode George To Mediate Between Makinde And Other Party Leaders 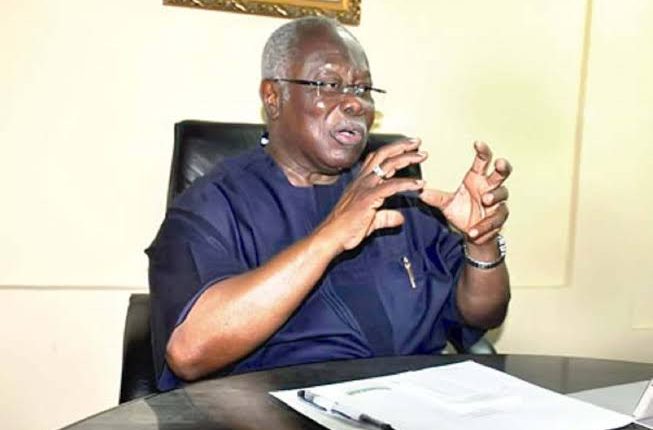 A former National Vice-Chairman of the People’s Democratic Party (PDP) , Chief Olabode George in the bid to quench the fire of crisis that has beclouded the atmosphere in oyo PDP will be visiting Ibadan today to mediate between the waring leaders of the party.

Todaysplash gathered that the party chieftain is afraid of the implication of this crisis if not quickly resolved, especially in Oyo state which that has the only sitting governor from the party.

This newspaper learnt that Oyo PDP has not been as before, especially as many top members of the party are not happy with the handling of political appointments by Makinde, who they see as sidelining them.

Not long ago, leaders of the coalition partners – Olufemi Lanlehin and Sharafadeen Alli, severed political relationship with Makinde and join the APC.

Rashidi Ladoja, former Oyo governor, who midwifed the coalition arrangement, has stepped aside. Nobody knows whether or not the governor still enjoys his support. But political analysts contend that the defection of Alli, his known political godson, to the APC, speaks volume. Makinde, this newspaper learnt, waited several hours to see Ladoja recently but was unable to see the old man as he was said to have retired to bed.

When contacted, some of the aggrieved Oyo PDP members, it was unsure whether they would attend the ‘peace’ meeting expected to be convened by George.

It Hurts When Oriyomi Hamzat Criticizes Me, But…… Makinde During Commissioning Of Agidigbo FM