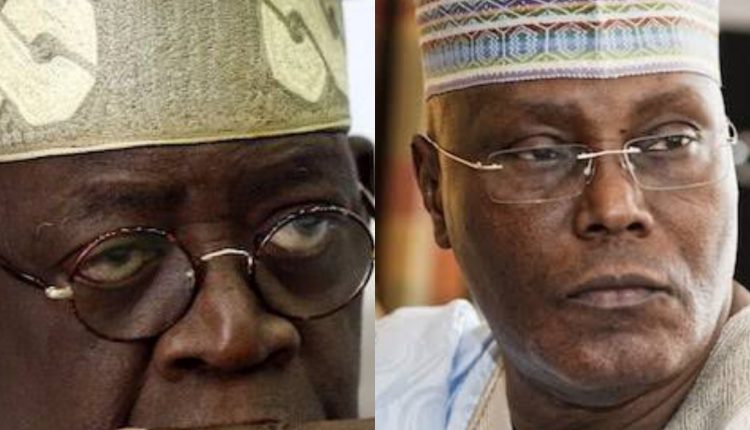 Ibegbu said both Tinubu and Atiku should use the proceeds they allegedly looted from government while in power to train the younger generation who should take over power in 2023.

Speaking with DAILY POST, the Ohanaeze chieftain urged both elder statesmen to create several employment channels for the younger generations while nurturing them on the act of leadership ahead of 2023.

He called on both Atiku and Tinubu to beam their searchlight in the Southeast because the region has youths who can turn Nigeria’s tides around.

According to Ibegbu: “This is an issue of generational change; Tinubu has done his best as governor of Lagos State though he was part of the looting spree, but he did well. Atiku has also done his best; he was Vice President and a Customs officer though I don’t know how he became a billionaire, so the nation has been favourable to them.

2023 Campaign Posters Are The Handwork Of Mischief…

“They have benefited a lot from the nation; they should now plough back their loots in training our youths. Look at Tinubu; I don’t think he has any industry other than a television station, establish industries, form NGOs, establish empowering organizations to help our youths with what they looted from our treasury.

“They should allow the younger generation to come up. This is a digital generation; most of them are analogue. They are frustrating the young ones; when will they grow?

“We are not saying they should die but what we are saying is Atiku, Tinubu should mentor the younger ones and allow the younger generation to grow. Look at Macron of France, this is the type of digital generation we want.

“I will advise Atiku and Tinubu to withdraw their ambition and help to nurture younger people that would take over in 2023.

“Most importantly, they should beam their searchlight in the Southeast because there are so many young people who, when given the opportunity, would turn Nigeria around. They are serious people who are conscious of development.”

JOB ALERT: Recruitment at The Federal Ministry of Foreign Affairs