Makinde’s Actions/Inactions Over LG Primaries Is Destroying, And Causing Fracas In The Party—Alhaji Olopoeyan 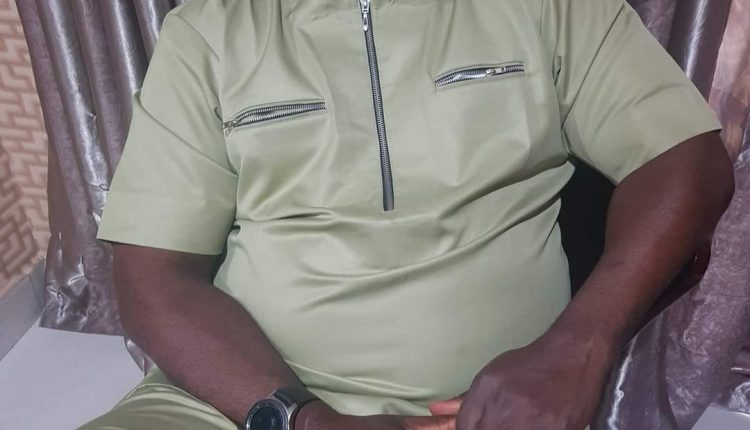 A chieftain of the People Democratic Party (PDP) in Oyo state, Alhaji Rasheed Adebisi Olopoeyan has shed more light on why the fracas in the party seem not to come to an end.

Olopoeyan made this revelation in an Exclusive chat with media men on friday, He took time to diagnose the party affairs in the state and how the governor’s actions and inactions had culminated into what we see as uneding crisis in the party, he narrated how some bigwigs in the party worked round the clock to bring this administration to life but have been neglected.

The party chieftain lament how the governor now prefers social media politician than those who have the political control of the grassroots in real sense, how he Patronizes praise singers who have no political value.

“Prior to 2019 election, Seyi Makinde was not a member of PDP, we were the ones holding the party, we fund the party and kept it alive, there were varieties of other candidates who were seeking to contest on the party’s platform but we painstakingly went for Makinde and gave him every support he need” Olopoeyan Recants

Most of those reaping where they never sowed today are mere political hustlers, Most of them came into politics in search of greener pastures, they see Politics in a different way, to them it’s all about the position,the benefits, they don’t care on how they gets there, as long as their pockets are filled. They grew wings and assumed to be leaders while they can’t proffer solutions to party issues, when the Crisis gets worst they decamped, and left the party faithfuls to their faith.

Makinde had a chance to settle all fracas within the party during the local government primaries but he failed outrightly because some self acclaimed leaders who knew they do not have a say in the party wanted to exercise a kind of authority they do not possess on the party, He should have given everybody a levelled playing ground and see what comes out of it.

The contest form was thrown open to everyone, despite how costly it was, people went ahead and bought it, they were expecting an open process where majority candidate would emerge and whoever lost would accept the outcome, but instead, we had some few minority imposing themselves on the majority while the governor keeps mute.

“An election where candidates were selected as Against been elected it’s against the law of our party and the law governing electoral process, consensus can be reached for positions when every party involved come together to unanimously choose or select candidates, but primary election is key to a healthy party like PDP.

Why setting up a committee to talk to the candidates and not the leaders instead? that was where things got wrong, Leaders with experience should be called, that will enable the structure to see more reasons as to why the party should arrive at the best decision at that Critical time.

Those claiming to be party leaders presently do not understand the political terrain of oyo state and it’s management, they care about the money which is detrimental to the party’s growth, meanwhile they haven’t felt the need to return the party to those who have over time ganner experience and understand the intrigues of the system

If Makinde didn’t give them the nod to go ahead with that kind of arrangements they wouldn’t be running the party affairs in such manner, his perceived silence shows that he gave his consent, and as the leader of the party, it’s wrong for him to have allowed such, you can see the reactions of the people, they are not happy, everyone is angry.

How Water-Vendor Was Beaten To Death, Burnt After Alleged…

The governor needs to adjust his lens to see the sycophants and those who are truly dedicated to the cause, most of these reapers would flee in a twinkle of an eye once they see things doesn’t seem rosy any longer, the party had bern in opposition for 8 years, we need to solidify our structure, so we won’t be chased out of power in a short while.

Why creating an atmostphere where people can’t relate with you easily? what happens to those with good and urgent ideas that can move the governernment and party forward, when they’re blocked by some individuals because of the fear that their chances might get slimmer in attaining elective positions or appointments? if we all work in that manner, then it’s no longer an interest of the party but self interest.

Our party is in Government yet members still feels like Opposition to themselves and you say all is well? how do we now collectively enjoy the benefit of politics as a party? If the governor do not allow Spycophants hovering around him, maybe he will understand what the Aggrieved party members are going through, they try as much as possible to block him from getting to know certain things, paint us black to gain his favor, it’s very wrong as a party when you have people with selfish interest choking others to Ransom.

“Seyi Makinde met me in the party, we ushered him into the party, he has an Ambition which we helped him to achieve, all of us can’t be governor, we are best at our different roles, I may be best as a king maker, while you’re good at being elected, what we need is mutual understanding and respect, is that too much to ask for?

Makinde’s actions and inactions is the major reasons behind the party fracas, as the governor you’re Expected to manage all assets and liabilities, both party and governance, those that put their all in ensuring that the party is firm on the ground should not be ignored, while allowing some paperweight politicians, Sycophants destroying what party faithfuls worked for.

“To be candid I don’t like how things are being done in the party, so It will be difficult for me to advise anyone in the party not to be angry about how they are being treated, and how the party is being run, because I’m angry as well, A good system should be able to carry everyone along, and try to mend fences when others feel cheated.

If you borrow money to purchase the form, and you’re sure of your victory at the poll, only to be told that someone has been handpicked to represent you, will you be happy? you certainly won’t be, that’s the problem, I’m not contesting for any position, but as party man I felt what happened should have been aborted, needless to show people who worked tiredlessly for the party to be disappointed and make them feel unwanted, in politics everyone is Important, the more the merrier.

Why creating unwanted spirit among party faithfuls, who should have had a sense of belonging in the system they all worked for?

If the right thing is done no one will be angry, there should be proper ways to settle dispute in a party because we can’t do without having issues, what matters most is how we handle such issues as a party.

No matter how you try to compensate or settle such issue there will always be internal rumbling, because those closer to the governor will want to make sure that it favors their preferred candidate. it is best to have the local government election decided by the larger interest of the people, rather than succumbing to the interest of few individuals, who are hell bent on dismantling the party we all work hard for.

My advice is that they should Dissolve what they’ve done, and do the needful. You don’t put fire on the rooftop and go to bed to sleep, who does that? Conflict resolution is key to every system that have Aggrieved persons.
,