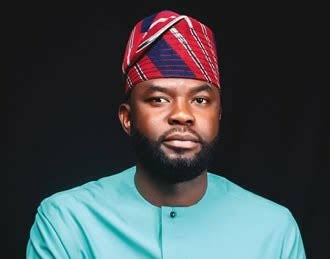 A former member of the House of Representatives and a Chieftain of the All Progressives Congress in Oyo State, Saheed Akinade-Fijabi has taken a swipe at Governor Seyi Makinde for revoking the contract for the construction of General Gas-Akobo Flyover Bridge and Circular Road from the Contractors handling these projects alleging that the Governor is only playing politics with the life of the people.

It would be recalled that Governor Seyi Makinde had few days ago flagged off the construction of the General Gas-Akobo Flyover Bridge which was re-awarded for a sum of N1.058bn from the N1.464bn which the late Abiola Ajimobi government awarded it initially in 2017 with an explanation that in spite of the current high inflation rate, his government was able to save about forty million naira for the State in the new contract.

Also, the State government had in February ordered the Contractor handling the 32.2km Circular road project to stop work claiming that the progress of work done was not satisfactory within the timeframe of the contract.

But speaking on BOTTOM LINE – a political programme on IBR 92.5fm Ibadan anchored by Aanuoluwapo Omorinde over the Weekend, Fijabi said the action of the government is annoying.

“Wetin Them Talk Say I Do Again ?’ – Desmond Elliot Asks.

According to him, “sometimes, you get angry with some of these things. See that bridge at General Gas, Ajimobi has paid for it. As a Governor, you now revoked the contract. It’s so sad. We should be crying for ourselves. A bridge that has been paid for, another Governor now came, brought tent, chairs and said he is re-awarding it. This is a project the past government has paid for.

When reminded that the government in the new agreement was able to save the State about forty million naira, the former lawmaker exclaimed “It’s a lie! Forty million naira when you have borrowed N150bn”.

“Go to Ring Road yesterday if you are coming or going from Ibadan, the Lagos-Ibadan Expressway just like five kilometres to Ibadan, you cannot enter Ibadan because they were doing the road. What could have saved that one was the Circular Road that the previous government has brought somebody to do, you revoked it. All those Trailers coming to Ibadan don’t need to come to Ibadan. There is no argument, this is sad”.

“Seyi Makinde is playing politics with the life of the people and the people too, they don’t really care. The saddest narrative is that the followership, don’t care. Now you will be complaining. Why must you complain? You dont have to. That road, this Akobo road, they should have finished it long time ago but you reversed it saying you are saving forty million naira in a State that is as big as Oyo. You are saving forty million naira at the expense of people living in Akobo”.

He urged Nigerian youths to eschew bitterness and envy among themselves especially ahead 2023 if truly they desire better deal in the murky water of Nigerian politics.

Eid-El-Kabir: Makinde Congratulates Muslims, Urges Them To Reflect On Essence Of…