REPORT: 17 Months After Oyo State Hospital Management Board Is Yet To Employment Applicant’s 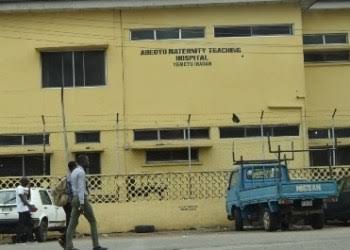 The Oyo State Hospital Management Board was created on 28th May, 1987. It currently shares the same building with the Ministry of Health and has three zonal offices at Inadan/Ibarapa, Oyo/Ogbomoso and Oyo North/Saki.

It also has fifty one health outlets within the state. Oyo State Hospital Management Board provides an all encompassing health care that is accessible, affordable and high quality with a view to restoring, transforming and repositioning our health sector.

The state hospitals management board is saddled with the responsibility of overseeing of State owned Medical Facilities throughout the State.

It will be recall that in August 2019 Oyo State Governor Engr Seyi Makinde Appoints  a former Commissioner for Health in the state, Dr. Gbola Adetunji, and a former member of the House of Representatives, Hon. Abiodun Dada Awoleye, as Chairmen of the Hospital Management Board and Primary Health Care Board respectively.

Dr. Adetunji, a two-time Commissioner for Health in Oyo State, who served between 1995 and 1997 and 1999 to 2003, is a Consultant Orthopaedic Surgeon of 38 years standing, graduated with M.B.B.S. from the University of Ibadan Medical School in 1973.

The Governor had employed the service of an experience man on the job, because as at that time, The State hospital management board was a mess of itself, Makinde deem it fit to have brought in someone with such expertise, saddle with the sole responsibility of reviving the Hospital Management Board.

Fast-forward To September 2019 16 Positions were announce by the Board for Recruitment, It was an opportunity for all Qualified Candidate as they saw their dream coming true, we discovered through the cause of our investigation that Only 500 Successful candidates would be employed to the various Positions.

Below are the sixteen Position as Announced.

By February 2020 CBT Test Were Conducted with Applicant’s traveling from Oyo, Oke-ogun, Ogbomoso, down to Ibadan for the exercise.

And Now six(6) months after the interview no Successful candidates list has been Published, displayed nor has anyone or candidates employed to fill those identified vacancies.

After so much tension, we decided to approach the Oyo State Hospital Management Board, to our surprise the board itself was short of Staffs, secretary’s who retired were replaced with corp members, those we met were not abreast of anything in the Board.

It was a disheartening experience, so we took our investigation to major offices to find out what is the course of the delay, we were told that the Chairman has finalize all neccesities concerning the Successful candidates, and have submitted to the State Government the list of the Successful Candidates, awaiting approval.

It was an horrible experience as the building looks tattered and dilapidated, being the headquarter, what would the office look like across other zones.

We discover that the shortage of staff in there had resulted in over-burddening of the current workforce while they only get assisted by corp members, with the delicate job to be done as health workers, it is unequivocally agreeable that the board requires the service of experienced/ fresh staffs who would enhance optimal performance and breath fresh live into the State health sector.

We went further ensuring that we get the exact reasons for the delay and how soon the employment will be approved by the Governor.

An insidee who don’t want name published told us that the file was missing, Huh? A file for employment of health workers missing?

We push further until were told that the file is right in the office of the Secretary to the State Government, Mrs. Adeosun Olubamiwo.

Many applicant who travelled from far and wide to attend the CBT and later interview had a heighten hope of getting a job in a short while, but to their surprise, nothing had been done about it since about six months ago, meanwhile, TESCOM recruitment that came later has been partially concluded.

We urge the state government to kindly speed up work on the recruitment into the Oyo State Hospital Management Board, to ehance increased healthcare service delivery in oyo state.