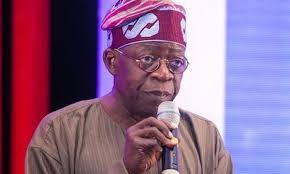 NATIONAL leader of the All Progressives Congress (APC) and former Lagos State governor, Senator Bola Tinubu has decried that bandits continue to cash in on huge unemployment in the country to recruit many young Nigerians, as he called for the recruitment of 50 million youths into the Nigerian Army and the police. Speaking on Monday during the 12th Asiwaju Bola Tinubu Colloquium held in Kano, the former Lagos State governor noted that it is expedient for political leaders to create jobs for Nigerian youths if the nation is to experience rest from banditry and other forms of criminality. Pointing to the 33 per cent unemployment rate among the youth, which he described as disturbing, Tinubu said there is an urgent need for the country to recruit 50 million youths into the Nigerian Army and the police, so as to reduce joblessness among the youth.

Failure to address unemployment, he noted, will continue to allow bandits to take advantage and recruit young Nigerians for peanuts.

He maintained that massive job creation is a disincentive that will demobilise the youth and deplete the source of manpower for the terror group, Boko Haram.

He kicked against the prevailing austerity measures to discourage spending and ad- vised the President Muhammadu Buhari administration to learn from the United States which, he noted, has spent trillions on infrastructure renewal and has not stopped spending, since it will ultimately stimulate growth in the economy.

While he submitted that a stable economy will inspire security of lives and property, the former Lagos State governor maintained that once there is an enabling environment for economic activities to thrive, the agitation by Nigerian youths would have been substantially addressed while source of a readymade army for bandits would have been taken away from them. He appealed to the Federal Executive Council and the National Assembly to devise programmes that would create jobs rather than constrain public spending.

Tinubu said: “We are underpoliced and we are competing with armed robbers and bandits. We are to recruit a group of youths who are unemployed. Thirty-three per cent are unemployed.

“Recruit 50 million youths into the army and take them away from their (bandits) recruitment source. What will they eat? Let them eat cassava or agbado or corn in the morning and yam in the afternoon. These are grown here. You create demand and consumption for over five million army of boot camps. We grow food. That is money for the farmers; that is consumption for the soldiers and skill development.

“Don’t call them illiterates, don’t talk about illiteracy. Anybody who can own a gun, who can handle a gun, who can cock a gun and clean the chamber and cock and shut is technically competent to repair a tractor on the farm.

“Not when you can create or log into a computer that you are technically competent. Those who are working on sugarcane farms can do so and many other things and transfer key labour. Those who can do our cotton and not when you bring fabrics from China that you become a nationalist.

“I have never known what they called Cornflakes until I got to America and it is from our corn. This alcohol that we are using for Coronavirus, I never knew it is from Gum you grow here. How many of it can we produce? We can cover the entire West African sub-region. Let us do it at home. We can create jobs. The jobs are here and, surprisingly, when you see social media, these days, you find very creative minds of Nigerians. I salute our youths. They are angry now and they are showing their anger, but we will appeal to them.

“We have listened to our sisters and brothers here teaching us how to get them engaged. Maybe some of us are old fashioned, but we must mix it too. The agitation can be dangerous. We have to mix it so that Nigeria is handled carefully.

“We can promote unity and common destiny and common patrimony in a better and more creative way. This is something we have done very well in Lagos State and can be brought to bear in the entire country one of these days.

“So we better watch our economy and make sure we finetune our economic pro- grammes. I am glad the National Assembly members in the appropriation committee and others are here and some of them were in Kaduna with me at Arewa House lecture, when I re-emphasised the fact that this is the time to put stimulus expenditure in place. This is no time for austerity. This is not the time to constrain the economy. This is the time to create opportunities.

‘We are fasting no more’

“If you hear America spreading $1.9 trillion and they are not looking back and still asking for $3 trillion for infrastructure renewal and for creating jobs when your unemployment rate is at about 33 per cent and you ask us to keep on fasting. We are fasting no more. The one we are fasting spiritually is voluntary. We have been fasting for many years.

“I hope the National Assembly, I hope the President himself will not pay attention to austerity. I spoke about it just this Saturday. In inflation, it is the state that must constrain itself and balance budget, it is only the local government that must restrict itself and balance budget. Sovereignty is that of Nigeria and it is only the Federal Government that has the sovereign power and must use it for the benefit, development, health and quality life of Nigerians, that is why we are sovereign.”

The event saw Nigerians from all walks of life, both physically and virtually present, pay glowing tributes to qualities of Tinubu, whom most of them described as an advocate of cohesion and unity.

Participating virtually, President Muhammadu Buhari called on all Nigerians to join hands in the promotion of unity and peaceful coexistence in the country by shunning all forms of division, even as noted that it is a well-known fact that Nigerians are better together.

President Buhari noted that the objectives of the colloquium, which seeks to provide answers to national issues, further reflect the personal principles of Tinubu in promoting the unity and welfare of the country.

Buhari said, “Despite occasional inter-ethnic tensions in our national history, it seems to me that we have all agreed on one point that, notwithstanding our diversity of ethnicity, culture, language and religion, Nigerians are better together; even stronger together.

“Asiwaju Bola Ahmed Tinubu himself is an advocate of cohesion and unity in Nigeria. All of us here can attest to this ability of his.

“Unity and cohesion are very key at this point in time in order to ensure that every Nigerian is comfortable in every part of the country, even as they must constantly keep faith with the promise of greater Nigeria.

“The lessons of this colloquium are very clear – justice and harmony reign in Nigeria; therefore, we must count our blessings in Nigeria on the basis of peace and unity.”

You will need visa to move around if Nigeria breaks —Osinbajo

Also joining the event virtually, Vice-President Yemi Osinbajo reminded advocates of the breakup of Nigeria that if it happens, people will require visa to move around. He said holding the event in Kano underscores the point that the country is stronger and better together. While enumerating the merits in Kano hosting the colloquium, he said: “By this gesture, Governor Umar Ganduje has helped us to tell two stories; this is the first time that the colloquium is being hosted outside Lagos and Abuja, the capital city.

“And it is befitting that Kano should be that place, this city of radical and progressive ideas and ideologies, a city whose leading political lights have been left of centre, which is the dominant tendency within our great party, the APC.

“Second, it helps us to underscore the point that this country and its people are stronger and more powerful together than apart. For the purveyors of breaking up into small components/countries, perhaps they should be reminded that we would not have been able to accept Governor Ganduje’s offer to come to Kano at short notice since we would all have needed visas to come to Kano.”

The vice president called for a new set of Nigerians across all divides who are committed to a country operated on high values of integrity, justice, love, among others. Osinbajo described Tinubu as an individual whose leadership style had remained unusual in the history of democracy in Nigeria, adding that one factor that had made the celebrant stand out is his readiness to listen and entertain divergent opinions.

Every Nigerian must be born again —Ganduje

Governor Ganduje, in his welcome address, described the theme of the colloquium as apt, adding that every Nigerian would have to be born again to overcome challenges of intolerance, ethnicity and nepotism.

“If we are to describe the level of national integration in the country, we can say it is very low. So it’s a challenge to everybody to bring down those variables, such as intolerance, ethnicity, nepotism, for us to be able to truly live together.

“President Buhari is committed to this cause, but it’s not a war he can win alone. All Nigerians must be born again concerning national integration for us to live peacefully,” Ganduje said.

I Fight For Myself, I Don’t Report Anyone To Jagaban —Remi Tinubu