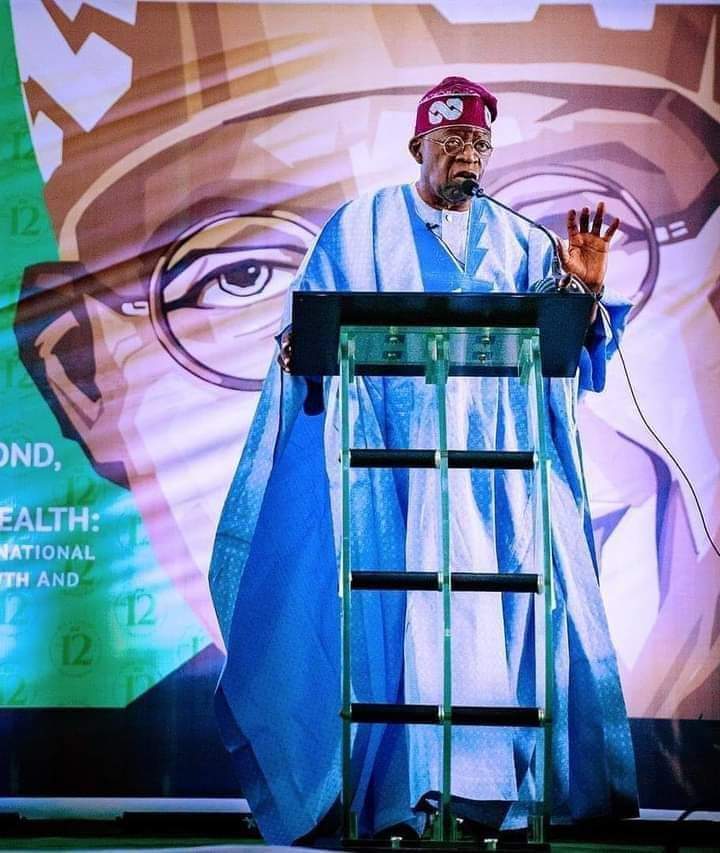 Former Lagos State Governor, Bola Tinubu, said his call for the recruitment of 50 million youths into the Nigerian Army was a blunder.
The All Progressives Congress (APC) leader gave the advice at the 12 Colloquium in Kano organized to commemorate his birthday.

The spokesman, Tunde Rahman, in a statement on Tuesday said the politician canvassed the urgent need to combine employment and national security policy by the recruitment of 5 million youths in all aspects of nation-building, ranging from infrastructural development to agricultural modernization.

He noted that Tinubu believes eligible youth should be recruited into the armed forces, police and other security agencies to augment the functional capacity of the nation’s security apparatus.

“Asiwaju seeks the expansion of security personnel by 50,000 for the armed forces not the N50 million that was mentioned in error.

“The 50 million was an accidental verbal mistake of which we all commit from time to time especially when reciting a series of large numerical figures.

“Asiwaju Tinubu did not mean N50 million, which is almost a quarter of our total population but 50,000 into the security agencies”, the statement read.

Rahman said the crucial matter Tinubu observed was that such strong recruitment would serve the twin-purpose of helping to tackle unemployment while at the same time enhancing the safety of every Nigerian.