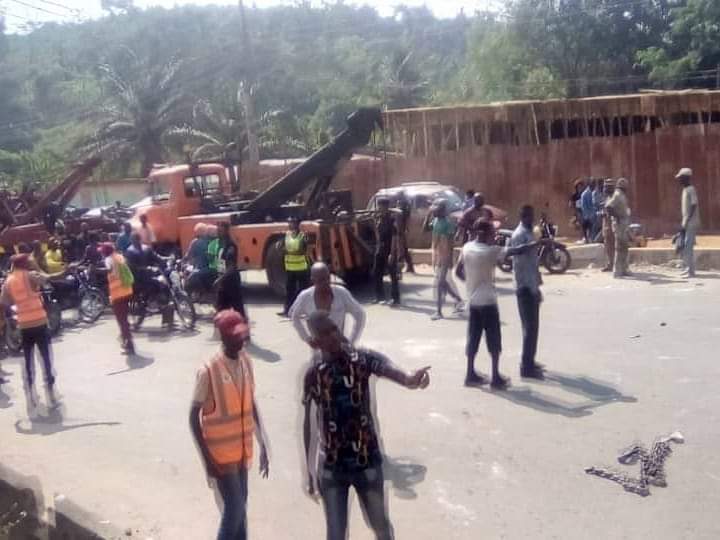 The attention of the Oyo State Road Transport Management Authority (OYRTMA) has been drawn to an online report on the protracted gridlock experienced yesterday 30th March, 2021 at Takie in Ogbomosho axis of the State.

While the Authority regrets inconveniences caused commuters by the unfortunate gridlock occasioned by a faulty articulated truck that broke down on the road median and to which it has swiftly deployed more men and officers to tackle, it wishes to clarify the wrong notion displayed by the publisher of the online article as regards the ‘non-deployment of government owned tow-truck to the Ogbomosho Axis’ so as not to pass false information to the good people of Oyo State residing in the axis.

It is on record that the State Government under His Excellency, Governor Seyi Makinde had in April 2020 procured a heavy-duty tow-truck specifically for operations in Ogbomosho axis of the State and another to the Oke Ogun zone. These tow-trucks, working in one hundred percent capacity were badly damaged when Police Stations and other Security formations were brutally attacked during the #endsars protests that rocked the entire State and by extension, the whole country.

To be more specific, the tow-truck deployed for operations in Ogbomosho and its environs was badly vandalized by the protesters and critical components of it were looted alongside those of operational vehicles belonging to the Police (Pictures attached herewith). This necessitated its removal from Ogbomosho and moved back to Ibadan where the consultants maintaining and servicing it had been working hard to bring it back to life even though critical components had to be imported from overseas.

While the truck deployed to the Oke-ogun axis was outrightly burnt beyond repairs by the endsars agigators, rapair works on that of the Ogbomosho has reached advanced stage and would soon be redeployed to the axis.

Meanwhile, the Authority has long engaged the services of third-party private tow-truck owners in the Ogbomosho axis to work closely with our officials that requires towing services pending when rehabilitation works would be completed on the vandalized government tow-trucks. This was evident in the swift intervention of one of our engaged private stakeholder to arrest the situation in Ogbomosho yesterday in collaboration with our men and those of the Federal Road Safety Corps.

We advise commuters in the affected axis to drive more carefully, cooperate with traffic officials and obey the road safety rules and regulations at all times.