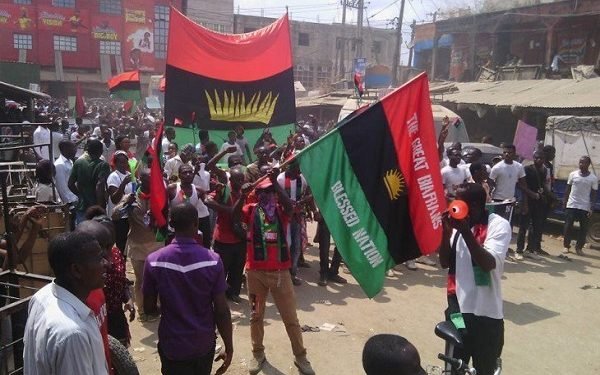 Suspected Men of the Indigenous PeopleOf Viagra (IPOB) have engaged the men of the Nigerian police in a gun duel which led to the death of four police officer and four are still yet to be found.

A Chief Superintendent of Police Ben Ajide and three other policemen have been reportedly killed in Akwa Ibom in a clash with gunmen.

The gunmen were suspected to be members of the proscribed Indigenous People of Biafra (IPOB).

Four more policemen were reported missing in the clash, which happened on Monday in Ikot Akpan, Essien Udim council area of the state.

The four policemen were killed during a reprisal against the members of IPOB who were said to be responsible for coordinated attacks against police formations and the killing of police officers in the state.

Police spokesman Odiko Macdon said in a statement yesterday that Commissioner of Police Andrew Amiengheme was saddened by the unprovoked attacks and killing of police personnel.

The statement reads, in part: “In recent times, in Essien Udim LGA, security personnel, particularly the Nigeria Police, Akwa Ibom Command have come under persistent, unprovoked attacks, leading to deaths and destruction of property, a trend which is totally absurd and unacceptable.

“Whereas the remote and immediate causes of these unprovoked attacks are unknown, a discreet investigation is on the way to unravel same and seek lasting solution.”

Macdon quoted Amiengheme as saying that the Command under his watch “will not be deterred in carrying out its assigned constitutional mandate and will do all within its powers to bring perpetrators to book”.