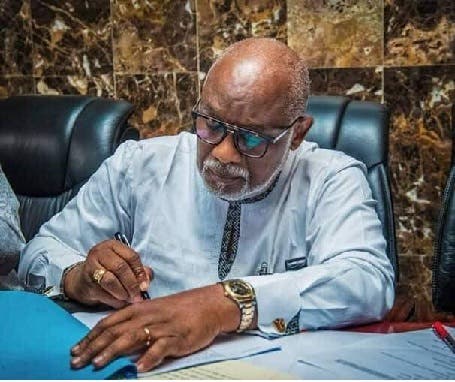 The Governor of Info State, Arakunrin Rotimi Akeredolu SAN has handed over the affairs of the state to his deputy, H.E Lucky Orimisan as he proceeds to a two weeks leave.

The announcement was contained in a statement signed and made available to newsmen by the governor’s Chief Press Secretary, Richard Olatunde.

In a letter transmitted to the State House of Assembly and addressed to the Speaker, Rt. Hon. Bamidele Oleyelogun, Governor Akeredolu said the leave will commence from Thursday, 1st to Friday through to April 23rd 2021, both days inclusive.

According to the statement, the state’s Deputy Governor, Hon. Lucky Orimisan Aiyedatiwa, would take charge of the governor’s office for two week.

Governor Akeredolu is expected to resume his duty on Monday, April 26.

Recall that the governor, on February 24, was sworn in for his second term in office, while his deputy took the oath of office as the deputy governor of the state for the first time.

Oduduwa Republic: You And Your Cohorts Should Stay Away From Ondo State, Akeredolu…