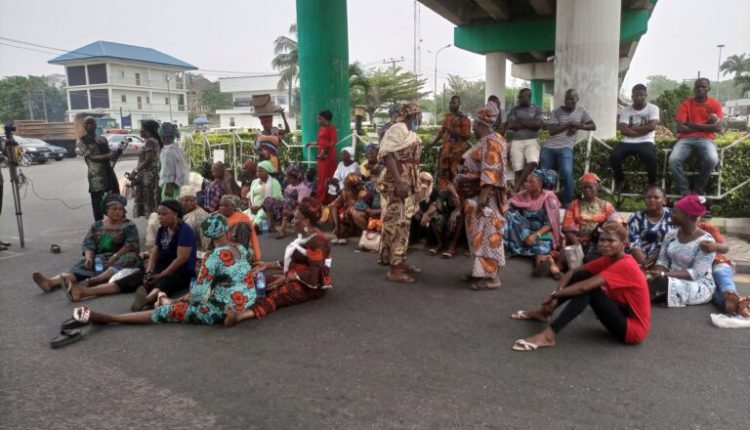 Team of Nigerian Customs was said to have burgled Akala Shopping Complex, Bodija, Ibadan, around 1am of Thursday, April 1st.

The burgling of the complex by Nigerian Customs was said to have happened after all traders had closed for the day and gone to sleep.

Investigation by naijatodaynews.com revealed that men of Nigerian Customs arrived the complex at 1am of today, Thursday and had all the security men manning the gates beaten before gaining entry into the complex.

It was reported that they burgled all the shops in the complex and went away with 5 trailers of varieties of goods and yet to be ascertained substantial amount of money.

Their operation was said to have lasted for complete 5 hours while nobody dare to attack nor challenged them, throughout of the hours of operation.

Adenike Adeniyi, a trader and victim, said his shop was among the countless shops that were burgled by Nigerian Customs.

Adeniyi stressed that his 268 bags of rice, money and other valuable items in the shop had been stolen by the Customs.

He lamented that he is already in huge debt that he could not be easily re covered, adding that the money invested in the business is not his but finance gathered from different sources to flourish the business.

Adeniyi called on Governments at all levels to see to the matter, saying Customs had no right to step into the complex and had such effrontery to perpetrate such wicked acts.

It was equally learnt that many traders have protested to Governor’s office to express their feelings to the Governor and other concerned stakeholders in the state and beyond.