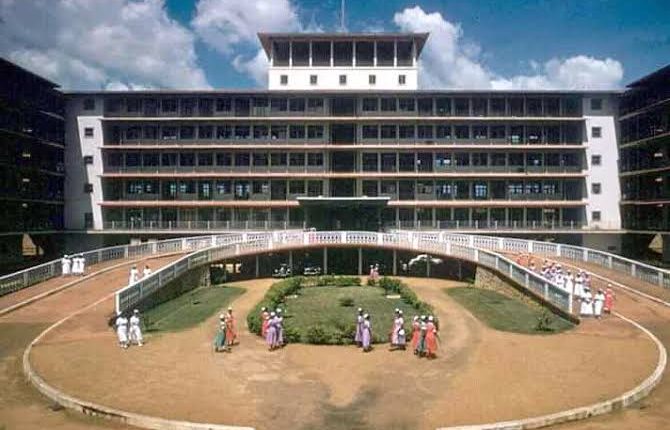 Patients at the University College Hospital (UCH), Ibadan, are grappling with scarcity of water and a reduction in the number of surgeries done in the hospital.

The situation, when Nigerian Tribune did an on-the-spot assessment of the toilets in several wards and departments, showed a situation that ranged from no taps running water to big black bowls that had little or no water in them, damaged toilets, water closets with urine deposited in them not flushed and locked toilet doors.

The Nigerian Tribune reporter and another male visitor had to queue for a female patient to leave the female toilet which had little water for use at the Emergency department of the hospital. One of the patients who hurriedly spoke to the Nigerian Tribune on the situation described sourcing for water in the UCH as an arduous task and a long battle for the fittest.

Speaking to Nigerian Tribune on the situation, Public Relations Officer, UCH, Mr Toye Akinrinlola attributed the water scarcity to the ongoing renovation of five blocks of the hospital. He explained that water was scarce because the ongoing renovation is a massive one featuring an overhaul of the entire water system, sewage system as well as breakage of pipes and toilets of the hospital.

He sought the continued patience of patients for another three weeks, when he said, the renovation is expected to be concluded.

Editorial: Seyi Makinde, the PDP and the Southwest…

Makinde Is After My Life—Oyo Labour Leader Alleges

Asked why the situation has persisted since last year when the issue of water scarcity also surfaced, Akinrinlola responded: “The same thing we said then was that we were renovating and the renovation is still ongoing. Let us not be subjective in this matter. We are renovating UCH completely, as big as it is, and they are still in the third month of it.

“I am sorry this is happening but we have appealed to our patients or those patronising us to be patient. No matter how we orchestrate it, if we don’t finish the programme, we are just not getting there.”

Nigerian Tribune also found out that the ongoing renovation in UCH has also led to doctors rescheduling and reducing the number of surgeries done in the hospital.

Speaking to Nigerian Tribune, Chairman, Association of Resident Doctors, UCH, Dr Hussein Zakariyah confirmed that the reduction in surgeries done by doctors is due to the ongoing renovation.

He added that the water scarcity was also not unexpected due to the scope of the renovation which covers the water distribution system of the hospital, overhauling of pipes in walls and on various floors.