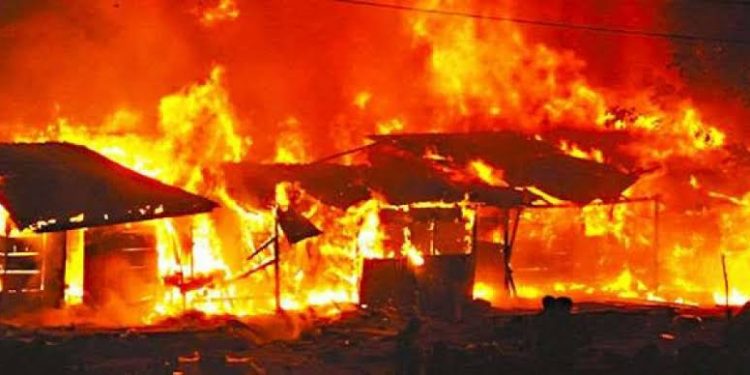 According to an eyewitness, the fire outbreak destroyed properties and investments. The source said the fire department’s swift response averted the loss of lives at the inferno scene.

A trader at the market said electricity supply at the night caused the inferno.

Exactly a month ago, as the Oyo State Government is working towards completing Akesan Market in Oyo Town that got burnt a year ago, fire also razed the famous Sabo market.

The fire, which started around 10:00 p.m., spread to most parts of the market. The Chief Fire Officer in Oyo State, Moshood Adewuyi, who confirmed the incident, said eight shops were affected by the inferno.

He said the fire emanated from a nearby dumpsite close to the market. The dumpsite was set ablaze and was not monitored.