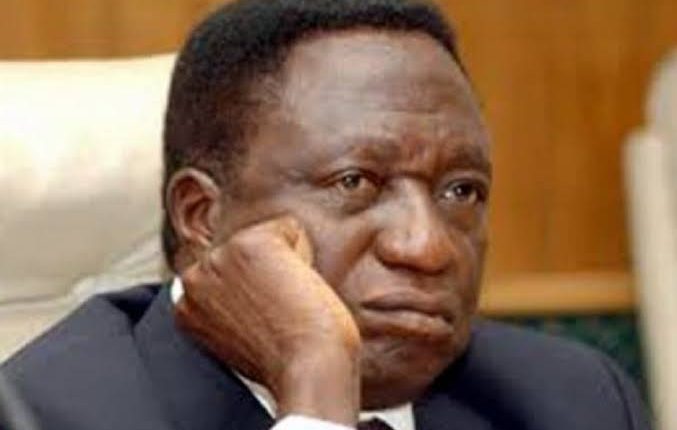 The Independent Corrupt Practices and other related offences Commission (ICPC) has extended its ongoing investigation of a former Registrar and Chief Executive Officer of the Joint Admission and Matriculation Board (JAMB), Professor Dibu Ojerinde, to his children.

The ICPC, in a recent statement, claimed its operatives arrested Ojerinde in Abuja on March. 15, 2021 over allegations that he misappropriated about N900 million while heading JAMB and the National Examination Council (NECO).

Lawyers to Ojerinde dIsclosed ICPC’s extension of investigation to the ex-JAMB boss’ children in some documents they filed before the Federal High Court in Abuja.

In an affidavit filed along with an application, the lawyers claimed the ICPC (listed as the sole respondent) has extended its investigation to three of Ojerinde’s children.

Olumide is representing Irepo/Olorunsogo/Oorelope Federal Constituency at the House of Representatives.

The lawyers added that the ICPC has written the children “to come to their office for questioning based on realm of speculations, and this also is an attempt to restrain the liberty of the children in a bid to frustrate the applicant and his family.”

Lilian Nwazue, of the firm of K. S. Olorunishola & Co, said although the ICPC earlier granted Ojerinde an administrative bail on conditions which he met, the commission invited him last week and suddenly altered the conditions.

Nwazue claimed the new conditions “are very inhibitive which is indicative that the respondent does not want to allow the applicant bail.”

Olorunishola prayed the court for among others, an order “allowing the applicant to continue to enjoy the administrative bail already given to the applicant by the respondent, pending his arraignment and:or trial.”

Justice Inyang Ekwo, after listening to Olorunishola, noted that the current situation in Ojerinde’s case, as described by his lawyer, has nothing to do with fundamental human rights at this time.

Justice Ekwo said should Ojerinde be eventually arraigned before a court, there are legal provisions for bail upon arraignment, which the lawyer could rely on.

The judge then told the lawyer to “look at the law well before you leap into the deep concerning this.

The ICPC, in its statement, claimed Ojerinde has been detained by the Commission for questioning over allegations of multiple identities, abuse of office, money laundering, tax evasion and making false statements to public officials.

“The former JAMB boss is also being questioned by the Commission for allegedly awarding fraudulent contracts to shell companies which cannot be traced.

“He was alleged to have awarded contracts for the supply of pencil and eraser at the cost of N450 million each, to Double 07 Concept Limited and Pristine Global Concept Limited, respectively, between 2013 and 2014 while heading JAMB.

“There is no evidence to show that the items which are examination materials were supplied as the contractors cannot be found.

“Similar contracts were allegedly awarded to Solid Figures Limited, Holywalk Limited and other companies for various sums without any trace of executions.”

Nwazue added, in the supporting affidavit to the fundamental rights enforcement application that Ojerinde “is being investigated by the officers of the respondent over allegations of offence(s).

“He was invited by the respondent for an appointment which he promptly honoured by taking flight all the way from Ilorin, Kwara State to Abuja, FCT having had to leave Abuja for urgent medical treatment.

“Upon his arrival at the office of the respondent in Abuja his biometrics was taken and made to write a statement after which, he was given a letter purportedly revoking his bail and at the same time, admitting him to bail on other inhibitive conditions.

“The applicant has every reason to believe that the respondent is deliberately using its office to deny the applicant his right to personal liberty and freedom of movement and intimidate him.

“The applicant is on medication because of his deteriorating health and any act curtailing his personal liberty will only deny him access to good health care as he needs to constantly see his doctor because of his health conditions.

“The new bail conditions given by the respondent are very inhibitive which is indicative that the respondent does not want to allow the applicant bail.

“The essence of bail is to ensure that the applicant presents himself to the authorities or the commission as in instant case, at any time his presence is needed for any investigation or questioning.

“The applicant has never jumped bail and will never jump bail if allowed to be on the administrative bail of the respondent based on the earlier bail conditions.

“The applicant has not and will not interfere with the investigation of the allegations connected with this matter by the respondent in any way.