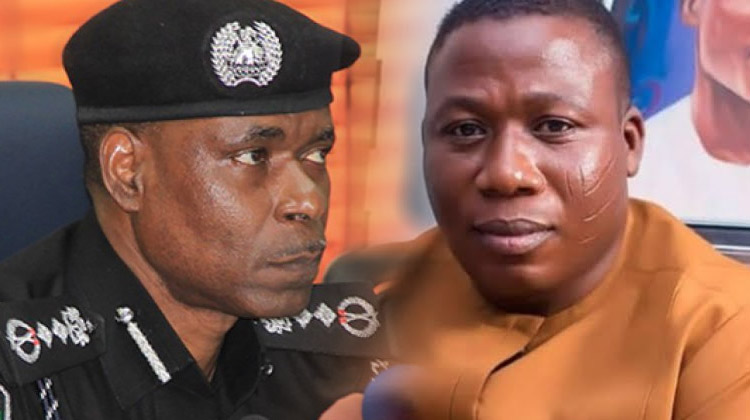 •Why has IGP not invited Miyetti Allah leaders? —YCE

YORUBA leaders have condemned a purported plan to arrest Yoruba activist, Mr Sunday Adeyemo, popularly known as Sunday Igboho, through an invitation letter dispatched to him from Abuja by the Inspector General of Police.

Adeyemo had said he neither accepted the letter, which was sent to him on Thursday via a courier service and a copy of the letter meant to be delivered by about 15 police officers, nor honoured the invitation.

An online newspaper quoted Igboho as explaining in a statement by his media aide, Olayomi Koiki, that he did not receive the letter for safety reasons, citing the death of foremost journalist, Dele Giwa, via a mail bomb explosion in 1986.

Two foremost Yoruba groups, Afenifere and the Yoruba Council of Elders (YCE), took exception to the action of the IGP which they described as abnormal and unjustifiable. While Afenifere leader, Pa Ayo Adebanjo, described the letter as showing that Nigeria is under civilian dictatorship, the Secretary General of the YCE, Dr Kunle Olajide, wondered why leaders of the Miyetti Allah Cattle Breeders Association (MACBAN) who he said had repeatedly insulted law and decency have not been so invited by the Inspector Genral of Police.

Adebanjo, in a telephone interview on Friday, also recalled it was a similar incident that led to the death of Giwa who received a letter without knowing it contained a bomb. He explained that Igboho’s refusal to accept the invitation letter was understandable as this is a perilous time.

Pa Adebanjo said: “The action shows that Nigeria is under civilian dictatorship under Buhari. “What is the letter for? That was how they sent a letter with a bomb to Dele Giwa.

“We are not in a normal situation at all. This is a time where people die without any traces. So, there is the need for people to be careful.”

He advised Igboho to be vigilant, stating that he had the right to pursue what is right in a democratic setting.

The YCE scribe, Dr Olajide, in an interview with Saturday Tribune on Friday, Olajide said: “The Miyetti Allah has spoken on television and in newspapers making more inciting and terrorising statements in the last one year and none of its leaders was invited. So, for me, I do not see any justification for inviting Sunday Igboho.

“We still have the fundamental human right to freedom of expression as long as you don’t incite people or cause any chaos or breach of the peace. For me, Miyetti Allah, that is, the MACBAN, ought to have been invited not less than a hundred times.

“They have issued statements which they have not denied. They have inserted the names of the authors of the statements. I have watched them on television insulting constituted authorities like Governor Rotimi Akeredolu on more than one occasion, and nobody has invited them. “This is about the only country I know where government gives sympathy or support to bandits. The dictionary meaning of bandits, to me, is criminals. And if somebody claims to know where they are and goes there to meet them, then he is a suspect for interrogation.

“If the letter is truly from the IGP, then for me, that is unfair. I don’t think the IGP will want to invite somebody to travel hundreds of kilometers when there are police formations, AIGs in zones, CPs, ACPs and area commanders. We also have the SSS and so on in every state, even in local governments. No, I do not support and I do not agree with that.”

When contacted for confirmation of the story, the Oyo State Police Public Relations Officer, CSP Olugbenga Fadeyi, said that the state Police Command had nothing to do with the letter of invitation from the Nigeria Police Force.

The PPRO said that information reaching the state command had it that the invitation was from the Force Criminal Investigation Department in Abuja, which, it was learnt, was rejected by Igboho.

Seyi Makinde: A Model Of Good Governance In South West And Nigeria

Easter: Be Obedient, Self Sacrifice To The Good Of Others—Ilaka Urges Christians

VIDEO: God Gave Me Many Powers, I Can Enter Any House Without Opening Door – Sunday…

“We Can’t Reply Him”, CAN Reacts To Igboho’s Verbal Attack On Adeboye