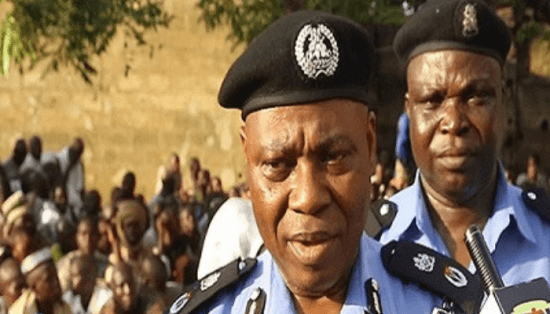 The police authorities in Oyo state have described last Friday’s attack on a famer by a suspected Fulani herdsman at Igangan, a town in Ibarapa North local government area of Oyo State, as a reprisal attack.

Reacting when contacted, the Spokesperson of the Police, Oyo State Command, Olugbenga Fadeyi, said “the attack was a reprisal by some youths in Igangan, three Fulani herdsmen were attacked and they sustained injuries while they were rushed to a hospital in Igboora for treatment. The DPO Ayete and his police personnel including Police Mobile Force (PMF) were drafted to the scene to prevent further attack. The aggrieved youths were dispersed and normalcy restored.”

A retired secondary school principal, Ojedokun Modede, was on Friday hacked by suspected herders in Igangan, Ibarapa North local government area of Oyo state. Modede, who suffered serious machete cut on his arm was said to have been attacked on his farm. But, the police in confirming the incident said it was in reprisal of an earlier attack on three herdsmen by the youths of the community. According to a source close to the victim, trouble started when a Fulani herder brought his cows to feed on the yam flour (elubo) which was spread on the floor for sun drying.

The retired principal was said to have in anger challenged the decision of the herder but was met by a resistant herder who drew out his machet and attacked Modede. The farmer suffered deep cuts in the Attack.

A call for help by the farmer was said to have saved his life as the assailants immediately took to their heels upon hearing sounds of people coming to his aids. He was later rushed to a private hospital in Igangan where he is receiving medical attention.

The source who pleaded anonymity said “the hands were maimed extremely as each strike of the sword was meant for his head. Passerby rushed in and the assailant took to his heels. Pa Ojedokun is a retired principal at Igangan, living on epileptic pension and thriving on farming. He is presently at Akintola Hospital, a private hospital in Igangan. He is responding to treatment.”

Also speaking on the incident, Secretary of Ibarapa Farmers Union, Taiwo Adeagbo, who is popularly known as Akowe Agbe, said there was no confrontation between the farmer and the herdsmen who inflicted machete injuries which almost chopped off his two hands. He lamented that herdsmen had not stopped destroying farms and attacking farmers in the area despite the public outcry against their criminal activities.

Adeagbo said, “The victim is my relative. He is a retired principal and he should be around 62 years old. I was called to see what happened to him. I immediately called the Commissioner of Police (Ngozi Onadeko). She said I should report to the police officially and I called the DPO in Ayete. He came with two officers and two vans loaded with armed policemen. The DPO could not look at the pictures of the victim. They were gory. Strands of flesh are preventing the two hands from falling off after the attack. The two hands are almost off. They have ruined his life.”

“Makinde Is An Accidental Governor, Who Is Not Only Empty, But A General Without Army—S’W PDP State Chairmen