Don Jazzy’s Ex-Wife Speaks, Revealed What Happened After Her Estrange Husband Announced How They Once Married (PHOTOS) 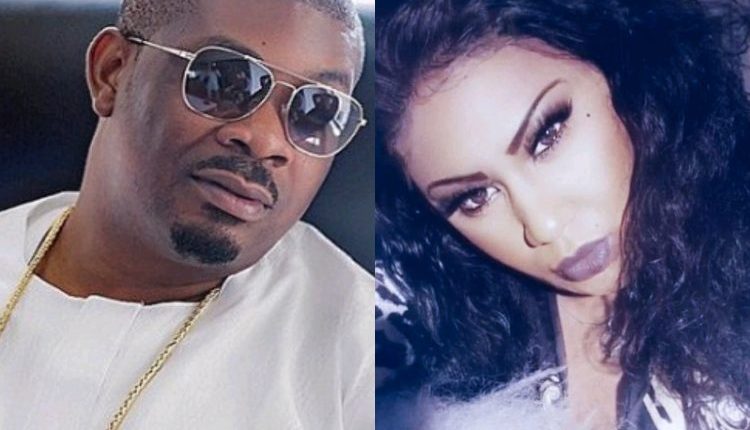 UK model and former wife to Nigerian music mogul Michael Collins Ajereh (popularly known as Don Jazzy), has revealed what happened to her after the music mogul revealed they were once married. Michelle Jackson the revelation on Sunday during an appreciation message.

To the surprise of his fans and many Nigerians, Don Jazzy recently revealed that he was previously married to a lady known as Michelle. The music boss made the revelation despite being known for keeping a private life.

Michelle Jackson had earlier responded to the news shared by Don Jazzy by leaving two love emojis on the announcement.

The writer and model however took time today to appreciate Nigerians for their intense love while using a picture bearing colors of the Nigerian flag.

Michelle also appreciated her wonderful family and friends for their loyalty over the years.

Revealing what Nigerians did to her after Don Jazzy made the revelation she said, “along with your beautiful messages, my inbox is flooded right now, and my heart is full I appreciate you.”

She however Don Jazzy for his ‘kind expressions’ while extending her appreciation to her extended family members.

NDLEA Arrests Suspected Drug Trafficker With N564m Worth Of Heroin

VIDEO: I Knew Davido Was Going To Be Huge But I Didn’t Want To Sign Him – Don…