“Makinde Is An Accidental Governor, Who Is Not Only Empty, But A General Without Army—S’W PDP State Chairmen 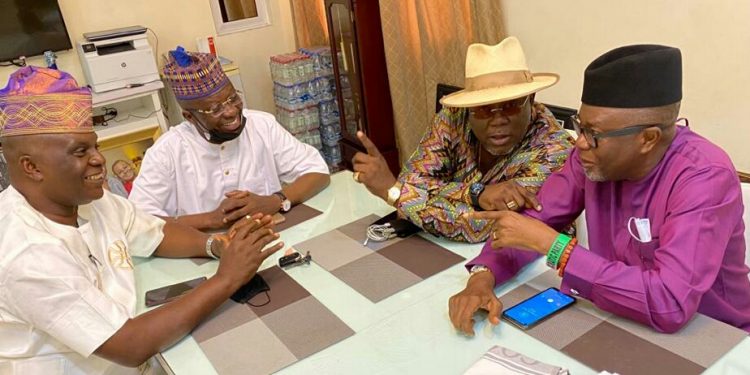 State chairmen of the People’s Democratic Party (PDP) in the South-West have said the party was tired of the divisive acts of the Oyo State Governor, Seyi Makinde, describing him as a major problem of the party.

The State Chairmen in a statement after their meeting in Lagos on Monday, insisted that “heaven will not fall if the congress is not held on Saturday, and we can say it boldly the congress will not hold on Saturday because PDP is not a lawless party.”

The communique read; “We, the Chairmen of PDP in Ogun, Osun, Ekiti and Lagos States met in Lagos today, to review events concerning the zonal congress of the party.

“We took into account the suit contesring the holding of congress in Ibadan, Oyo State because of security concerns as well as the order of the court that status quo ante bellum be maintained pending the determination of the originating summons.

“We also considered the recent threat issued by Governor Seyi Makinde of Oyo State that there will be dire consequences should the South-West zonal congress of the party be postponed in obedience to an order of the court.

Three Hunters In Police Custody Over Killing Of Fulani…

“To us, Governor Makinde has remained the problem of the party in the South-West zone. We have never had a divided zonal congress until now that he is a governor.

“The whole zone is tired of his divisive acts. He should make his threat real and defect to any other party of his choice as he has been doing since 2007.

“We say it clearly that if he has any action to take, let him go ahead and take it now.

“Therefore, we say unequivocally that it is time that Makinde stops blabbing and decamp to the APC, and let’s see how the APC leaders in Oyo State will allow an emperor in their party.

“He is an accidental governor, who is not only empty, but a general without army.

“In conclusion, we salute the courage of those men of honour in the National Working Committee (NWC) of our party, who have refused to be compromised to dance to every tune of the Oyo State Governor, no matter how injurious to the party. We urge them to in the interest of the party, continue to do what is right and lawful bearing in mind that PDP is bigger than anyone.”

Go And Do Your Worst, Nothing Will Happen If PDP Zonal Congress Is Postponed — Party…

I Have Conceded, But South-West Congress Election Was A…

I Have Conceded, But South-West…