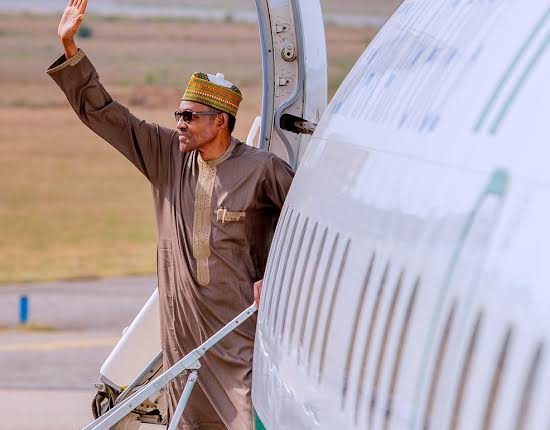 President Mohammed Buhari has reportedly left London for Saudi Arabia this afternoon where he was booked to meet his Personal physician. He left as protesters took over Abuja house in London, Presidency source disclosed to OBSERVERS TIMES.

Reno Omokri, the former aide to ex-president Goodluck Jonathan has since Friday been protesting with group of people against President Muhammadu Buhari’s medical trip to the United Kingdom.

The protest is taking place in front of Abuja House, London.
Since assuming office in 2015, President Buhari has embarked on numerous trips to the UK to seek medical care since he assumed office.

His recent medical trip has been criticised across the country.

Keeping to his promise, Omokri, in a series of tweets on Friday, said the protesters were at the Abuja House to harass President Buhari out of London.

Omokri lamented the inadequacies of Nigeria’s health sector and criticised President Buhari over the Lekki shooting during the #EndSARS protest in Lagos and the rehabilitation of repentant Boko Haram insurgents.

Two year ago, the President had lamented that Nigeria was losing about N400 billion to medical tourism annually.

The current trip is expected to last for two weeks.

How We Survived Twin Miscarriage, By Banky W, Adesua

VIDEO: I Knew Davido Was Going To Be Huge But I Didn’t Want To Sign Him – Don Jazzy